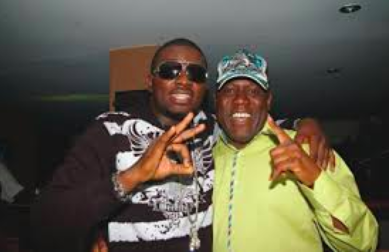 “Right from my last album, Maga Don Pay, Kennis Music has not paid me. They promised to get me a house, car and other necessary things I needed as stated in our contract but they didn’t. 70 percent of the shows I did were, as I was made to understand free. When I later found out that they have been collecting money from these people, they now assured me that they were going to pay me. They have being collecting money from them and claiming that the shows were all complimentary. 30 per cent of the shows I did for Kennis came through my manager, Pental. Even the show they did for Glo…one laughter whatever, featuring Basket Mouth, they were paid, but nobody gave me a dime. Apart from that, Kennis used to block my shows. People who wanted me to do a show for them were turned down; they were often told that I was not in town, meanwhile, I’ve been in town since December 24 last year. Kennis has been chopping my money; why? What have I done to them? Is it wrong for me to believe their words?”

These were the words of Kelly Hansome, after his fallout with Kennis Music. But after he quit the label, the veterans behind the music company alerted all third parties and media not to do business with him, since he had a still-valid 6-year contract with them. They warned that anybody who did will face lawsuits. As a result of the embargo, Kelly Hansome – tail between legs – issued an apology to them and begged for forgiveness. The beef never really ended as Kelly Hansome made a diss track aimed at a lot of people, including Kennis Music some years later. That doesn’t matter though, because he is nowhere to be seen these days. The label too has fallen from being the most important label in the country to …well, nothing much today.