We have seen the script a lot of times. Record Label meets artiste, decides to invest, draw up contract, present to artiste. Artiste who is probably super excited about finally getting a deal hurriedly signs without consulting a proper lawyer. Few years later, artiste becomes big and is no longer fine with contract terms – that seemingly favor label more. Sometimes they call for renegotiations, sometimes label agrees and everyone is happy. Sometimes it doesn’t end that way. Sometimes label insists they have spent a lot of money on artiste and deserve every penny they’re getting. Then the thing go skrrrr. Then there’s pa pa pa pa beef. Then there’s lawsuits. Then there’s physical and spiritual battles …

Yes, we have seen this script before. And it’s playing out all over again. So, starting with our favorite boy – Kiss Daniel, see 12 acts who have walked this road with their Record Label before. 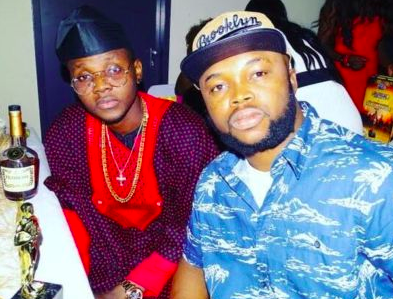 No doubt, Kiss Daniel is one of the best acts in Nigeria right now. He has been making us dance since he dropped Woju in 2014 and he has a lot of goodwill in the industry. Everybody thought he had outgrown G-Worldwide and we believe he thought so too, because just last month he announced he had started his own imprint – Flyboy Inc. Yesterday, news surfaced that G-Worldwide was suing him for leaving. Apparently, he had signed a 7-year contract with them in 2013 and is therefore supposed to stay with them till 2020. According to the letter floating around, a Federal High Court Judge has signed an injunction stopping him from performing or doing any musical business till the court sits in January. Hell, he cannot even use the name Kiss Daniel. Sigh.

Anyway, Kiss Daniel has responded with his own counter-suit, and promised that this will be a sweet victory for him.

Keeping fingers crossed and hoping everyone is happy in the end.