Muslim Ban has been trending for more than 24 hours. If you haven’t been following the conversations, see 8 things you should know about it

On 25 January 2017, President Donald Trump signed an executive order for border security and immigration enforcement improvements at the Department of Homeland. This executive order amongst other things includes a halt to travel from seven Muslim-majority countries. 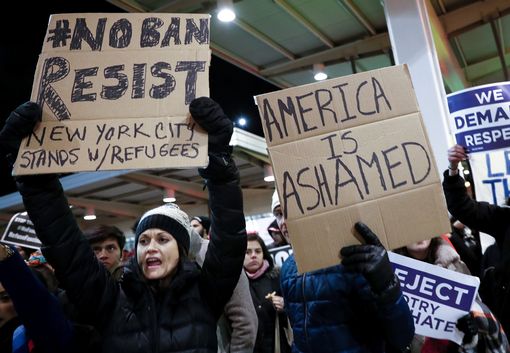 See 10 moves Donald Trump has made since he became President

The Muslim-majority countries included in the 90-day ban are Iran, Iraq, Libya, Somalia, Sudan, Syria, and Yemen — all countries that a previous federal law had linked to concerns about terrorism. There are indications that these seven countries are only the first to be included in the ban, and that additional countries may be added later 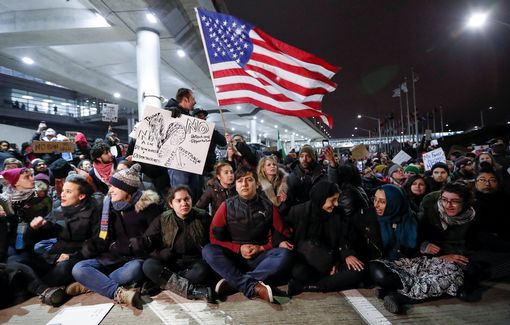 The order means that at least an estimated 134 million people are now temporarily barred from entering (or re-entering) the United States. It additionally affects as many as hundreds of thousands of current U.S. visa holders. Dual nationals, or those who were born in one of the listed countries, but also have citizenship in another unlisted country, are also included the ban.

This — from another #Iran'ian following the #MuslimBan. Lives thrown into disarray. pic.twitter.com/uc0POQ4n3b

Some would say the Muslim Ban on its own is flawed, but then you realize that the Trump administration did not have a proper plan in place regarding how to actually implement it. Reports indicate that government agencies weren’t made aware of the specifics of Trump’s order until Friday, which lined up the resulting chaos, confusion, and for many foreigners with U.S. visas, heartbreak. Agencies were instead left to scramble to interpret and apply the order on their own – leading to foreign nationals, including current U.S. visa holders like green card-carrying lawful permanent residents being unable to enter, or board transportation for, the U.S.

I want to repeat: Green card holders were handcuffed, their social media was reviewed, and they were asked their views on Trump#MuslimBan

The ban does not include Saudi Arabia, Pakistan, the United Arab Emirates, Egypt, Lebanon, Kuwait, and Russia; countries that terrorists who have already conducted terrorist attacks in the U.S. are from. Also missing from the list are Turkey and Afghanistan, countries in which multiple high profile terrorist or militant attacks have been carried out in recent years. 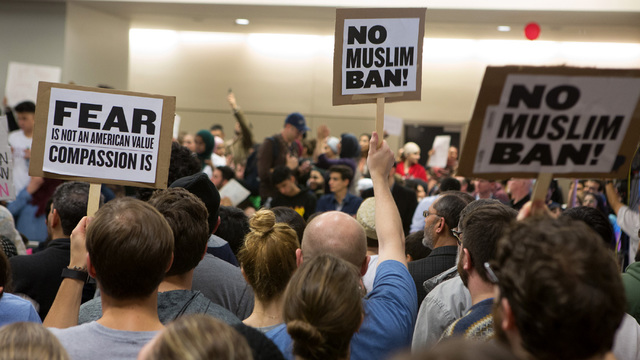 As at this moment, as many as 200 inbound foreigners with once-valid U.S. visas have been detained at U.S. ports of entry on account of the ban. The Social Media accounts of many were allegedly screened by US border patrol for their political views. Some have been released after being held for hours, while others are still being detained. 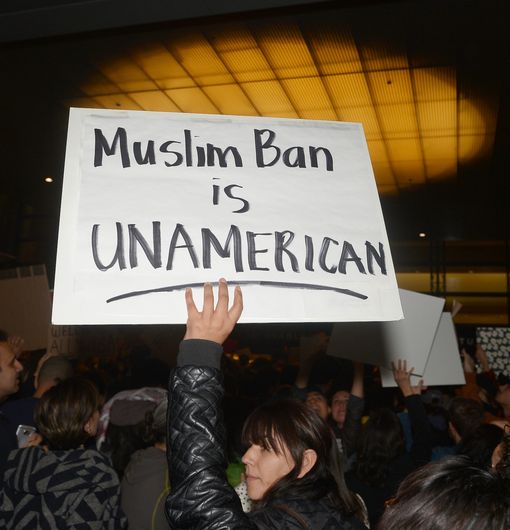 After the ban took effect, the ACLU and other organizations filed for a class certification and argued against the ban in front of Judge Ann M. Donnelly of Federal District Court in Brooklyn. She subsequently ordered that the detained immigrants not be deported, though she neither allowed them into the country, nor ruled on the constitutionality of Trump’s executive action.

The ban and its implementation have sparked international condemnation and mass protests in the USA. Thousands have gathered at airports including JFK in New York and LAX in Los Angeles to protest the move and support those stranded. Chants of ‘let them in, ‘this is not who we are’ and so on could be heard as the protesters urged the airport officials to release the detained. 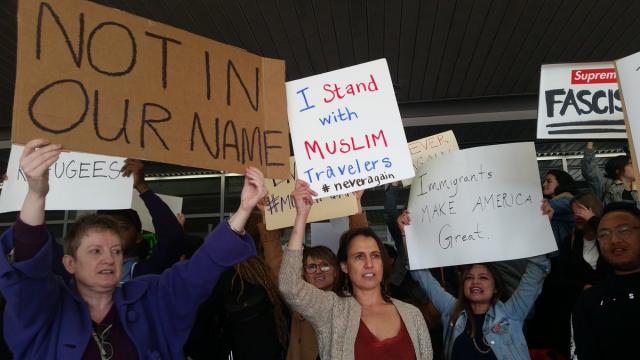 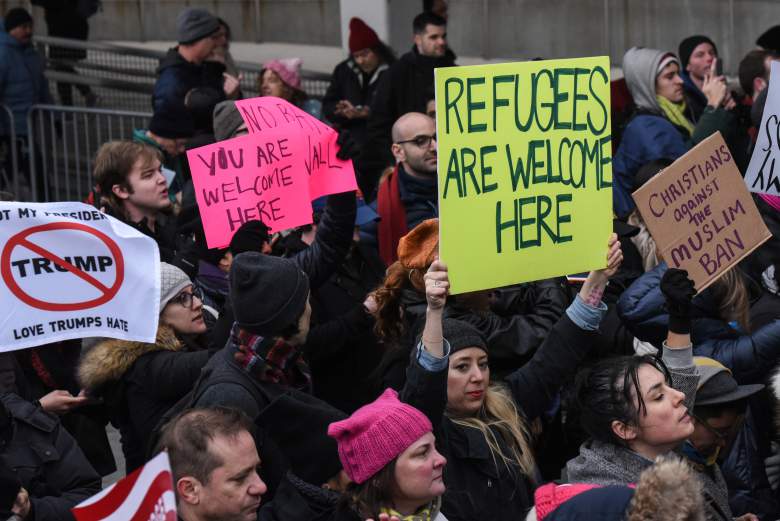 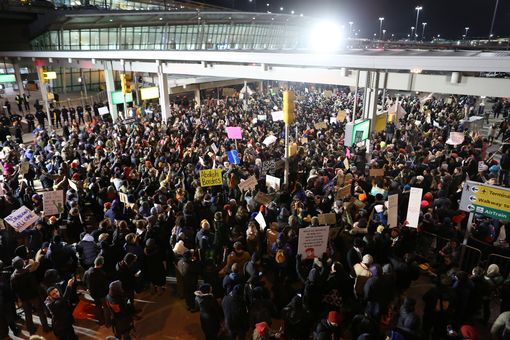 The Prime Minister of Canada lent his voice by urging people to come to Canada instead, while the Deputy PM of Turkey also confirmed that Turkey won’t stop welcoming refugees. Hilary Clinton tweeted that she was proud of the people standing against Trump’s un-American executive order.

To those fleeing persecution, terror & war, Canadians will welcome you, regardless of your faith. Diversity is our strength #WelcomeToCanada

We'd happily welcome global talent not allowed back into #USA.

I stand with the people gathered across the country tonight defending our values & our Constitution. This is not who we are.

If you do support the #MuslimBan today, remember this: you will be remembered as the villains of our children's history books tomorrow.