The game is over for Bally, the Kaduna DJ as he has been evicted from the Big Brother Naija house after scoring the least votes. TBoss took the lead with 26% of the votes while Bally got 23% of the votes in the closest run since the game began. 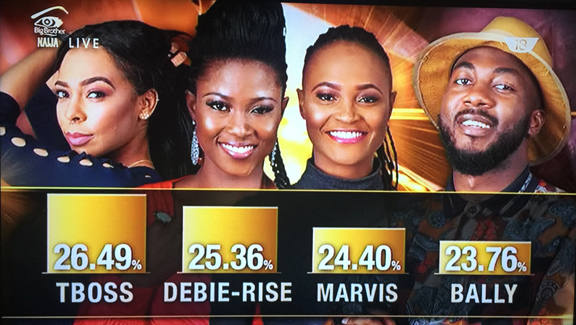 If you missed the eviction show, this is the moment Bally got evicted.

Now the question is, who is going home?

Take this poll, and tell us who you’re voting for. You can also comment with who you think is going to win the 25million Naira and SUV too.

Final #BBNaija poll: Who will win the N25million next Sunday? RT for Efe, Like for TBoss. Vote for Bisola, Debbie-Rise and Marvis.