As 2017 comes to an end, we have curated a list of the biggest events/concerts/shows happening in Nigeria this December. Save the dates and plan your yuletide accordingly. You’re welcome.

How best to begin the end of year festivities than in God’s presence? The 12th edition of Africa’s biggest gospel concert holds at the Tafawa Balewa Square, and attendance is absolutely free. So, as you celebrate Eid El Maulud, go enjoy the best of gospel songs from super stars like Don Moen, Donnie McClurkin, Frank Edwards, etc. Praise the Lord. 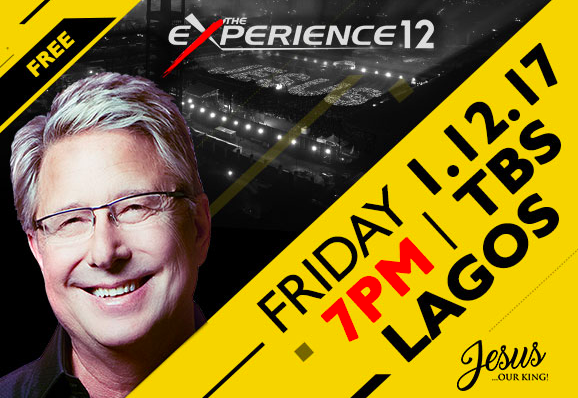 Premiercool has put together some brilliant acts for the ‘stylized’ coolest party in Nigeria. While attendance is free, attendees have to request invites here – www.premiercool.com.ng/coolforareason. It begins 6pm and will have acts like Sugarboy, Dr. Sid, Skuki, Dotun Cool FM, etc. Register now for an invitation.

From his EP – Last Daze of Summer – receiving over 70 million streams, to getting two nominations at the MOBO Awards, 2017 has been a phenomenal year for Maleek Berry. And on the 7th of December, he will close out his ‘Last Daze of Summer’ tour with his first headline concert in Lagos at the Hard Rock Café. Doors open 7pm. 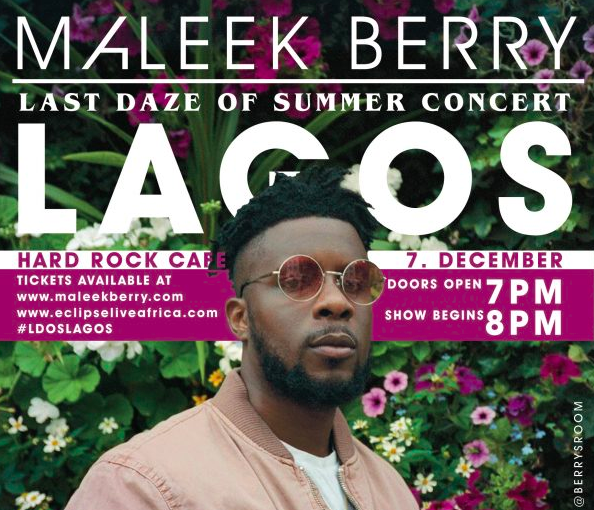 The best of beach soccer begins on the 8th and ends on the 10th of December this year. Featuring the national Beach Soccer teams of Nigeria, Morocco, Lebanon and Spain and clubs Beach Soccer teams – Arsenal, Pepsi Football Academy, Kebbi BSC and Gidi Sharks, the event promises to be all fun and more with lots of games and other activities. Venue is the Eko Atlantic City, VI. 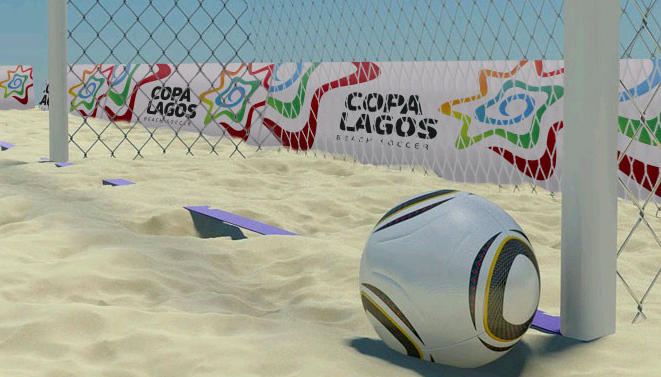 JamRock Abuja Fest is Abuja’s largest outdoor rave organized by Street Vibe Entertainment Ltd. It takes place 4 times a year and the December edition will have over 4,000 youths and top influencers jiving to music by Nigeria’s top Artists and DJs. Venue is the Transcorp Hilton, and time is 6pm. Get tickets at www.jamrocknigeria.com 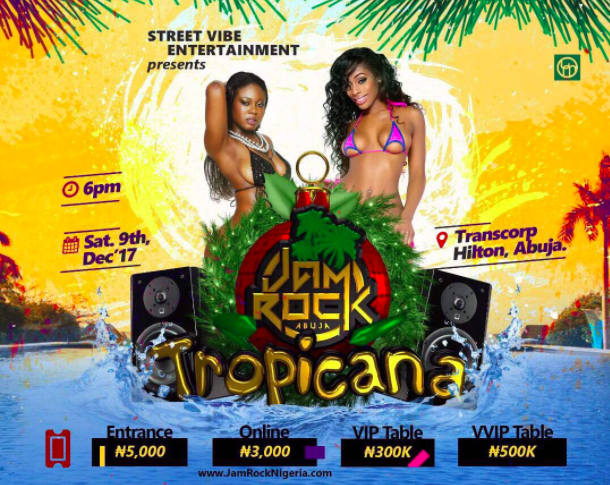 It is rumored that because of his many unfortunate utterances, Mr Eazi has fallen out of favor with the Lagos crowd, so he is trying his luck in other places. After the mini concert at Sango Ota on the 2nd of December, Mr Eazi will be trying his luck with the Abuja crowd on the 9th of December. Venue is the Harrow Park and tickets can be purchased at tickets.mreazi.com 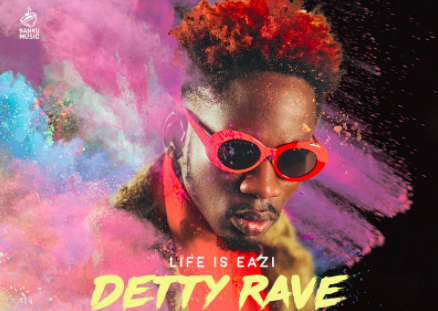 Brymo – one of the most talented acts in the industry – is holding a concert tagged “Brymo at Terra Kulture Arena… LIVE!” It will also feature his band, The Lagos Tout and an array of other performers. Get tickets at www.theosoproject.com 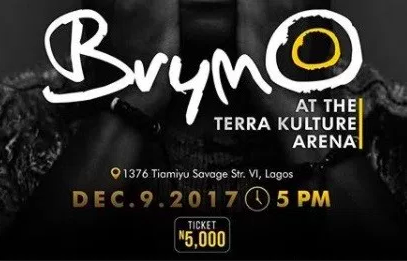 Created by FLU3NT in partnership with Hard Rock Café, and powered by Pepsi, the “On The Beach Fest” is set to be the biggest beach festival in Lagos state, and this year’s headliner is Wizkid. Other performing acts include Tiwa Savage, Mr. Eazi, Wande Coal, DJ Big N, Jimmy Jatt, DJ Xclusive and so on. Get tickets HERE 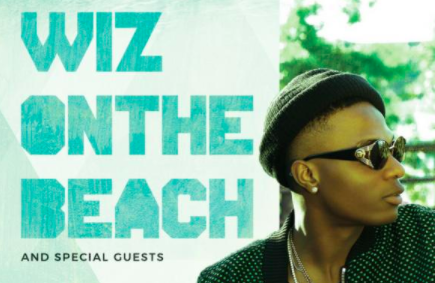 Davido signee – Mayorkun – will close his nationwide university tour with a headlining concert at the Hard Rock Café, Lagos on December 14th. The performance will be his first in the city as a top-billed act. Get tickets at www.mayorkun.com 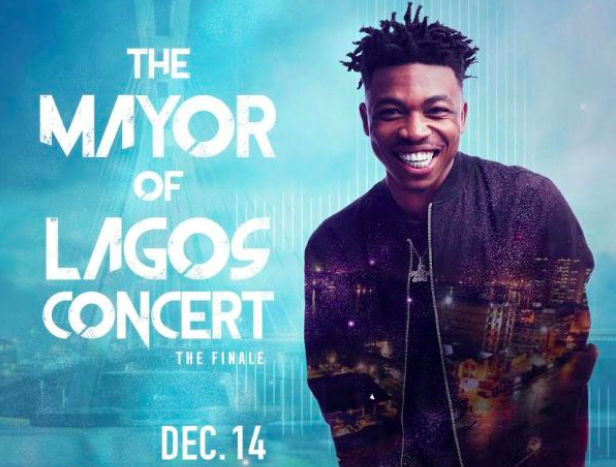 The Basement Gig, an initiative of The Zone Agency, is a monthly music event that provides emerging artistes with a platform to showcase themselves. To celebrate their one-year anniversary, they will be having an event on the 14th of December.

Ajebutter22 released his latest album titled – What Happens In Lagos on the 24th of Nov 2017 and will be having a concert themed “What Happens in Lagos Concert and Food Festival.” Venue is Habour Point, Victoria Island, Lagos.

The “StarBoy” Wizkid will be gracing the capital on the 16th Of December. It promises to be an unforgettable night with surprise performances. Venue is the Transcorp Hilton

After 3 hugely successful editions at the 6000 capacity Eko Hotels Convention Center, Olamide is taking OLIC to the streets, where it all began. On Sunday Dec 17th, the 24,000-capacity Teslim Balogun Stadium will experience Wobe music from 12noon. If he fills that place up (and we expect he would), he would have cemented his place as the most successful rapper Nigeria has ever witnessed. 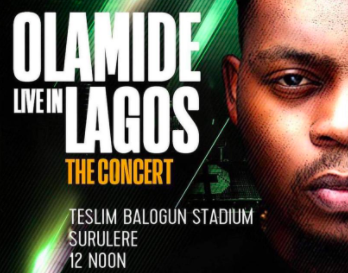 At first, one would wonder why Burna Boy would fix his show on the same day Olamide’s show is happening, but the crooner has die-hard fans who would turn up for him, despite his current legal problems. His show also begins at 7:30pm, after OLIC may have ended, so, go on ahead and cop your tickets now. 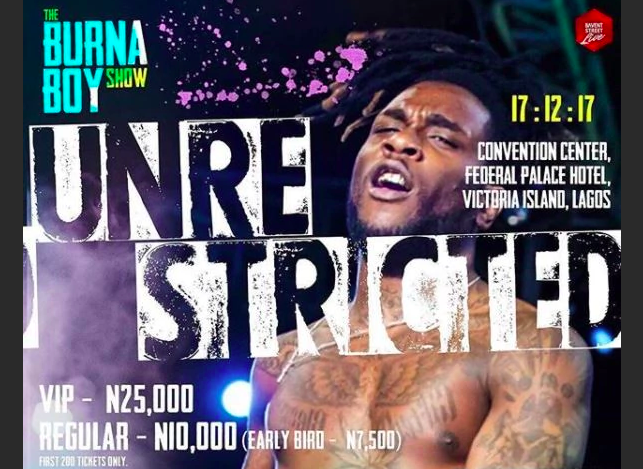 After successfully completing his Masters program in Canada, Nonso Amadi is coming home to thrill his fans in his concert themed Nonso Amadi Homecoming Live. The event will hold at the Hard Rock Café and there will be guest performances by many notable acts. 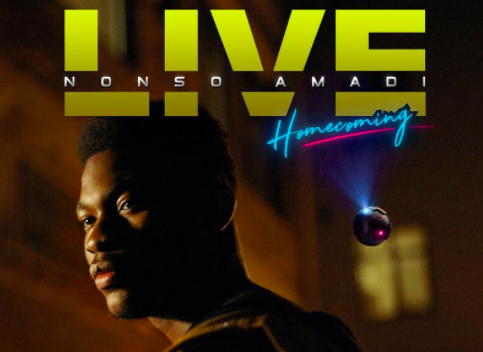 The biggest (arguably?) radio station in Nigeria will hold its annual concert on the 20th of December. If last year’s concert featuring Migos is anything to go by, this one will be lit. Save the date.

Falz will be headlining his first show on the 20th of December and The FALZ Experience as it is themed will feature his 3 personalities – Falz the Bahdguy, Folarin the Lawyer, and Taju the comedian. Venue is the Eko Convention Centre, and the show begins by 8pm on the dot. 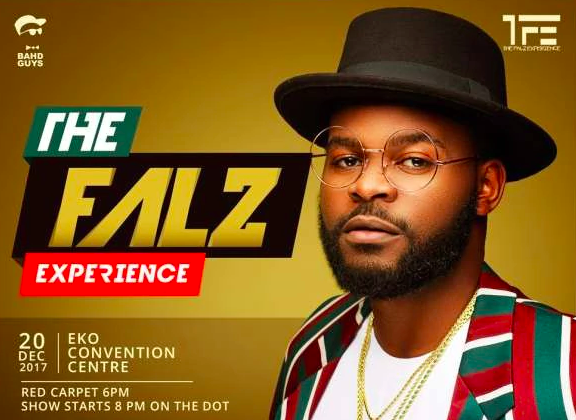 Once upon a time, Rhythm Unplugged was the only party people talked about and anticipated in December. 13 years later, and with other events ‘jostling’ for attention, the show remains very anticipated. This year’s will be held at the Eko Convention Center and acts like Big Shaq (Man’s not hot) Wizkid, Davido, Wande Coal, Olamide, Tiwa Savage, Runtown, etc will be on the stage, live.

Finally, Wizkid has decided to bless the people of Lagos with his own concert, and it will be holding at the Eko Convention Center on the night before Christmas. For an artiste of his caliber, tickets are as cheap as N5000 regular and N25,000 VIP, so go get yours before it is sold out.

One would think that 24th will be declared Wizkid day, but if anyone can hold a concert on same day as Africa’s biggest act, it has to be the mulit-talented Bez. Themed “The Art of Music“, Bez Live would hold at the Muri Okunola Park, Victoria Island and tickets are 5,000 and 20,000 for regular and VIP respectively. 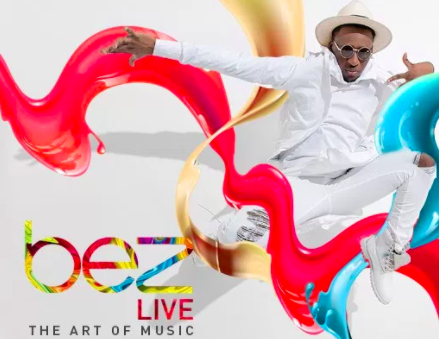 Eat Drink Festival is like an adventure park or music festival for foodies and the 4th edition will hold at the Dorchester, Water Corporation Road, Victoria Island. So keep your stomach empty on Boxing Day, find your way there, and eat everything you can. Attendance is completely free. 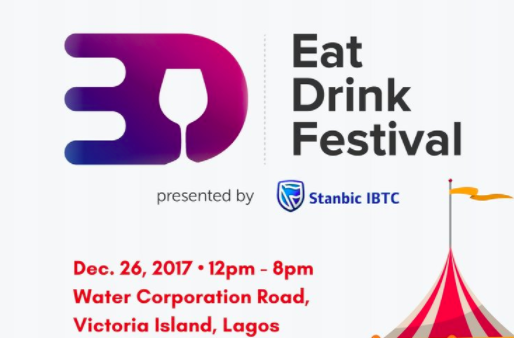 Following the success of the London edition, Adekunle Gold, is set for the Lagos version of ‘One Night Stand with Adekunle Gold’, a live concert featuring his band – The 79th Element. Venus is The Balmoral Convention Centre, Federal Palace Hotel, Lagos. 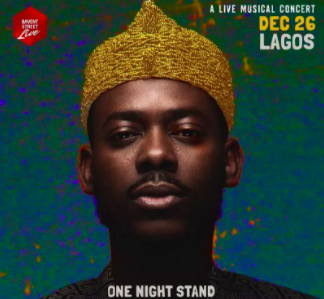 2017 has been Davido’s year and it is only right that the best (MTV EMA African Act) is saved for last. It is also only right that he is rounding up his hugely successful ‘30 Billion World Tour’ in Lagos his hometown. So IF you have felt his FIA this year, save 27th and refuse to let your calendar Fall for anything else (I am very sorry). Venue is Eko Hotel, Victoria Island, Lagos. 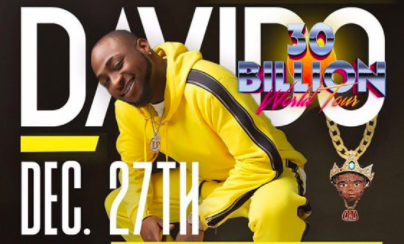