Last night, Nollywood actress, Oge Okoye disgraced herself, Nollywood, the entertainment industry, Nigeria and Africa as a whole when she posted a picture of two dogs with the caption, “Yippie, my new babies just arrived. #Rob #Rosy”. 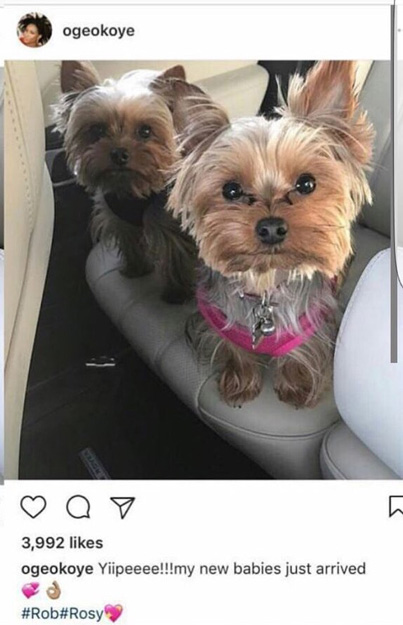 Alas the picture was from Kenya Moore’s page and the stolen dogs already had names – King and Twirl. The theft was exposed by a Kenya Moore fan account that called our former superstar and role model ‘some lady in Africa’ and paired both pictures side by side. 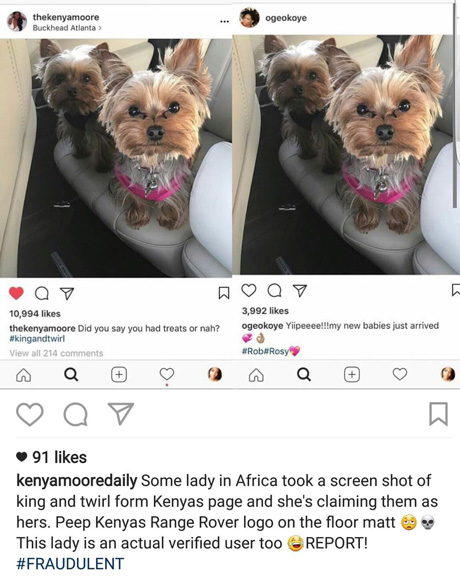 We do not know the devil that entered Oge Okoye’s head, but we know that she has not had it easy since she was outed. Nigerians in their droves have been attacking and calling her out on Social Media. It got so bad she started disabling comments on her Instagram pictures, but saw the futility in it, as she has over 1000 of them. Pretty certain she would have locked her account if it wouldn’t jeopardize her verification status.

Anyways, while we wonder how Oge Okoye is going to come out of this, see the top reactions after the dognapping went viral.

We saw it first on Miss Igho’s timeline

But why will Oge Okoye do something like this? ? pic.twitter.com/uIrSMMeJNP

Why did Oge okoye delete her dog post in IG, she barked out

Tonight … one of our celebs went from being called Oge Okoye to 'Some lady in Africa pic.twitter.com/HeumQy2r1S

Can't wait for my Range Rover Velar to arrive so I can start driving it. #Rob #Rose #StealAndRepostChallenge pic.twitter.com/vqpILwJjyy

Look at what someone did to Oge Okoye's wikipedia page.

Oge Okoye sees dog pictures: These dogs are so cute ? 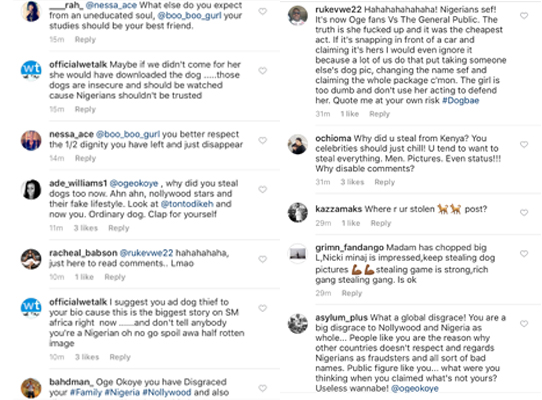 Nigerians are savage sha. If you were Oge Okoye, what will you do?