Our cheerful give…Gifty is finally out of the BBNaija house, after getting the least votes this week. Marvis got the most votes while TTT came second with 32% of the total votes cast. This makes Gifty the 4th housemate to leave the BBNaija house, joining her friends Soma, Miyonse and Cocoice. 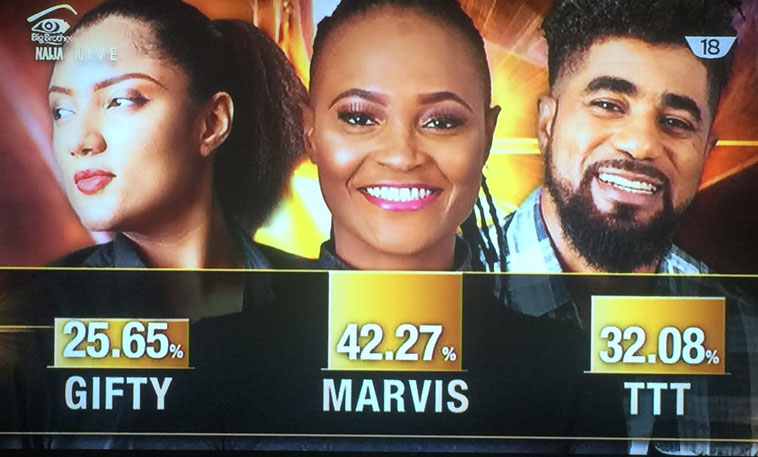 In a twist, just before the evictee was announced, a live game was played and Bisola won ‘immunity’ from nomination this week. Bassey won his favorite meal after correctly stating the number of robotic cameras in the house, while T-Boss failed her own question and will do the dishes throughout tomorrow.

Now the question is, who will be nominated for eviction in the live show tomorrow? We patiently wait.