The Access Bank Lagos Marathon has come and gone, but it leaves plenty of memories, and we have captured some of the most memorable ones here.

Certified ‘Bronze’ by the IAAF (International Association of Athletics Federations), the Lagos marathon is the second best in Africa, only behind the Capetown Marathon. It is 42KMs long, begins at the Teslim Balogun Stadium, Surulere, and ends at the Eko Atlantic city. In it’s 3rd edition, the marathon is organized by the Lagos State Government and sponsored by Access Bank.

The first Lagos City marathon held in 2016. Over 20,000 people took part in it, and the eventual winner was Abraham Kiptum, a Kenyan professional marathoner. The fastest female was Halima Hussein Kayo from Ethiopia and they both went home with $50,000 each. The 1st and 2nd runner-ups received $40,000 and $30,000 respectively.

In 2017, the East Africans returned to claim the top prizes at the marathon. Abraham Kiptum won again, and his compatriot Tanui Rodah won the female category. The first Nigerian to cross the finish line was Iliya Pam and the first Nigerian female was Olude Fadekemi.

2018 marked the year the Lagos Marathon received an international measurement certificate from the Association of International Marathons and Distance Races (AIMS). It is also the year it got its bronze certification from the IAAF.

Over 100,000 people took part in the race, which began 6:30 am, at the Teslim Balogun Stadium as usual. 2 hours, 13 minutes and 4 seconds later, Abraham Kiprotich, a Kenyan-born Frenchman crossed the finish line, setting a new record for the Lagos Marathon.

Iliya Pam retained his title as the fastest Nigerian marathoner.

There were also prizes for Nigerians in the newly introduced 10km race. The first man and woman to complete the race were Sajo Ismaila and Ona Salay and both of them went home with a brand new saloon car.

Apart from the bragging rights – hey, completing a marathon is not beans – lots of prizes were won in the marathon. Medals and certificates were issued to all participants who came in within the marathon time.

The paralympians were not left out as the winners in the male and female event received cash prizes of N1 million naira each, while the second and third position winners got N750,000 and N500,000 each.

While it was a marathon, entertainers were on hand to, well, entertain guests. It started with cheerleaders who performed incredible stunts, then duels between fencers – who knew Nigeria had those? While some upcoming acts were given an opportunity to perform, the main performances began with Mr Real, the Legbegbe crooner. After him, Sound Sultan performed, then Seyi Shay, then Tiwa Savage and finally Tekno.

A date for the 2019 marathon has already been announced. Governor Ambode in his speech said it will hold on the 9th of February and preparations to make it another successful event have already begun. He is gunning for a Gold rating by the IAAF in 2020 and he also said Lagos will commit resources into improving our local athletes so we can give the East Africans a run for their (or is it our) money.

See some of our favorite photos from the marathon. 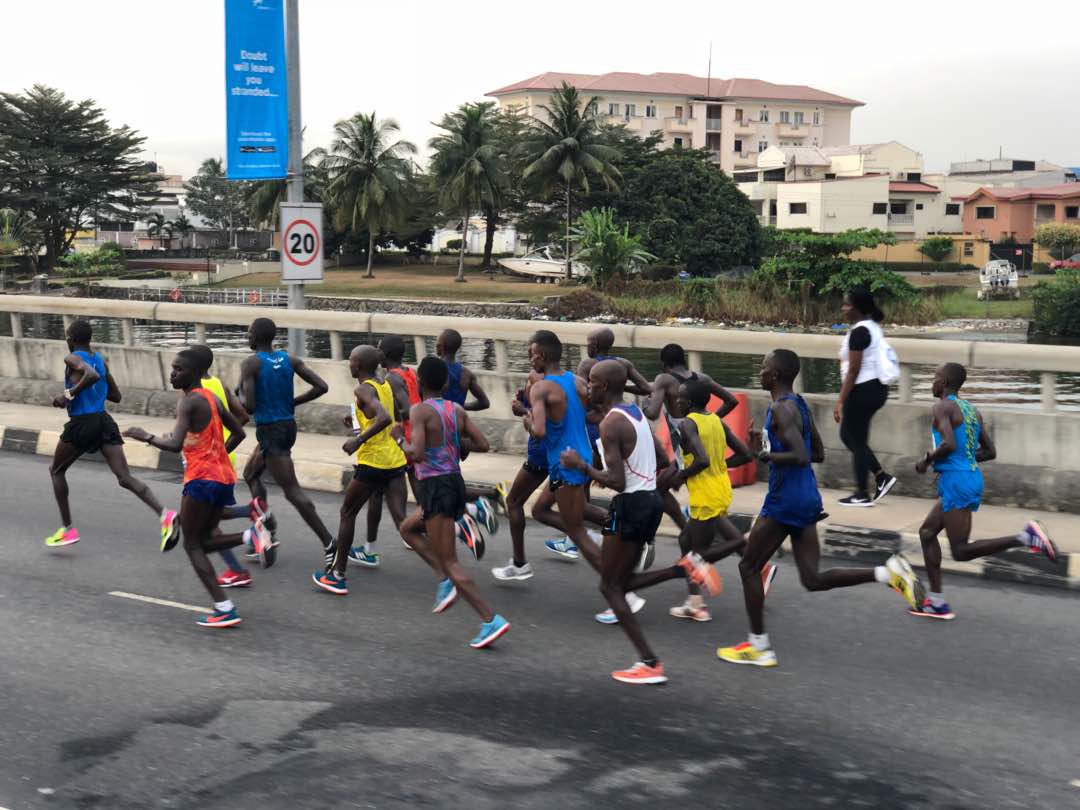 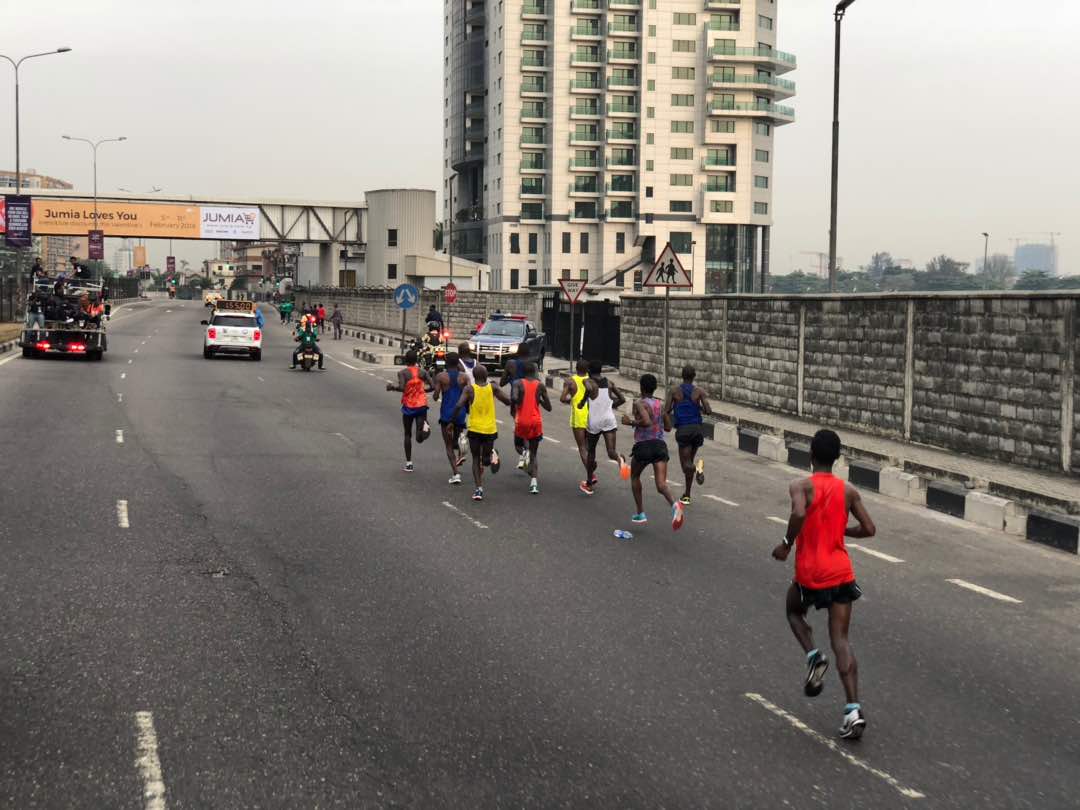 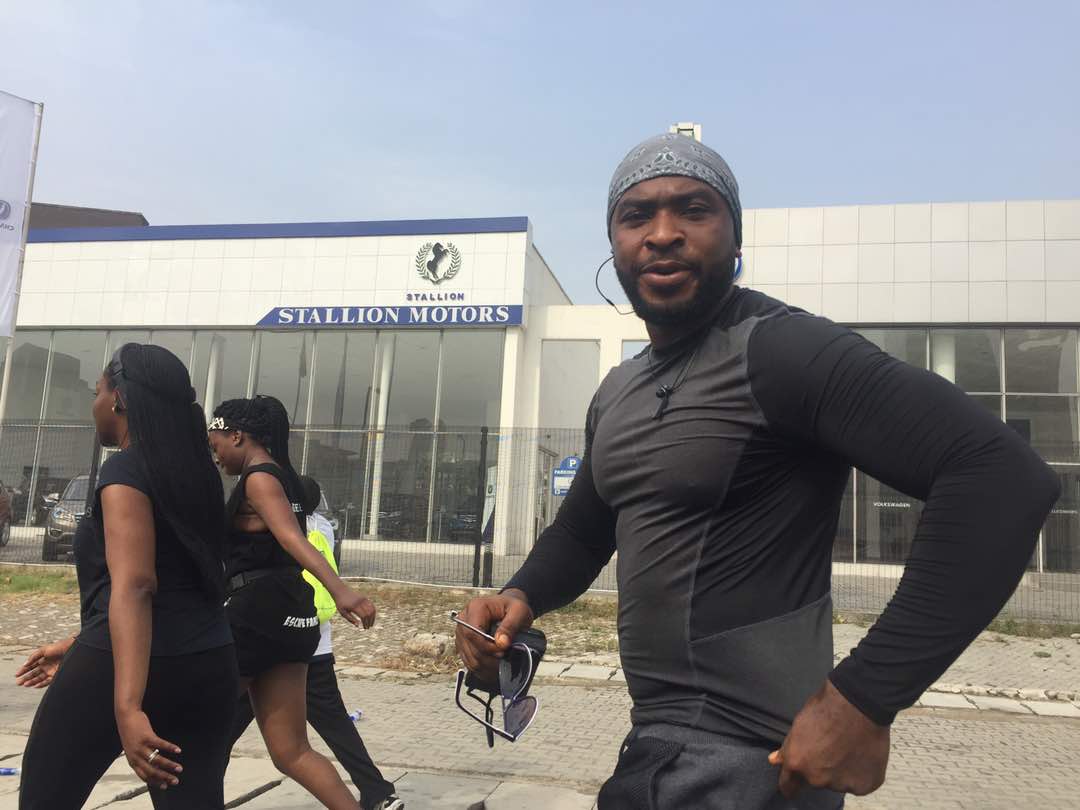 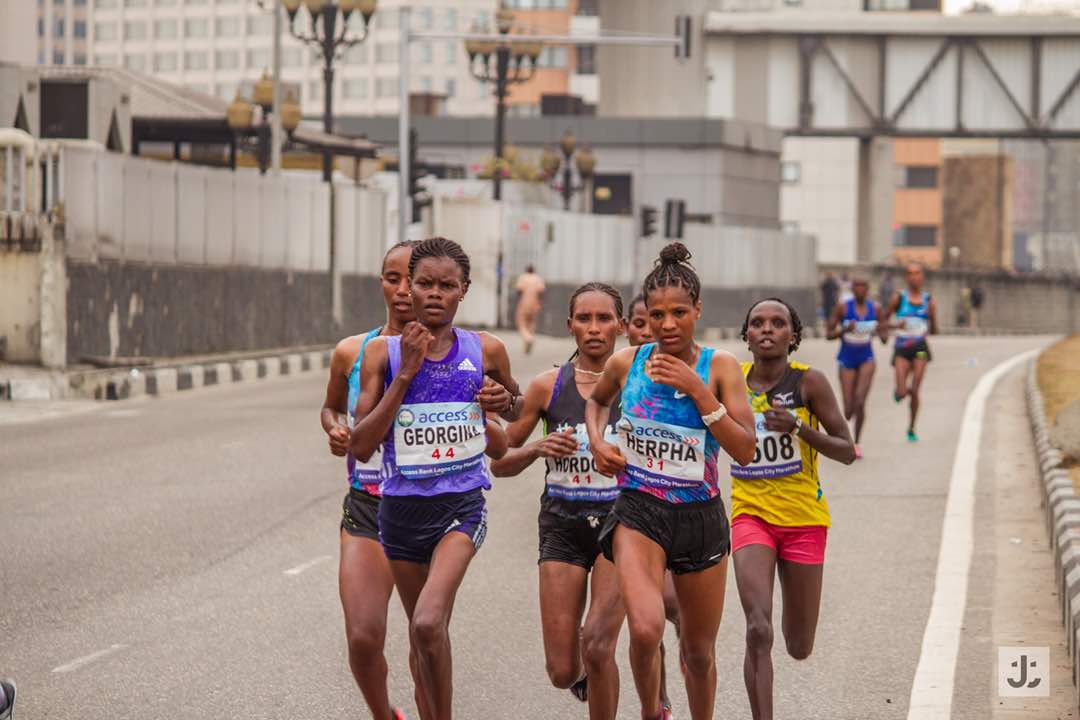 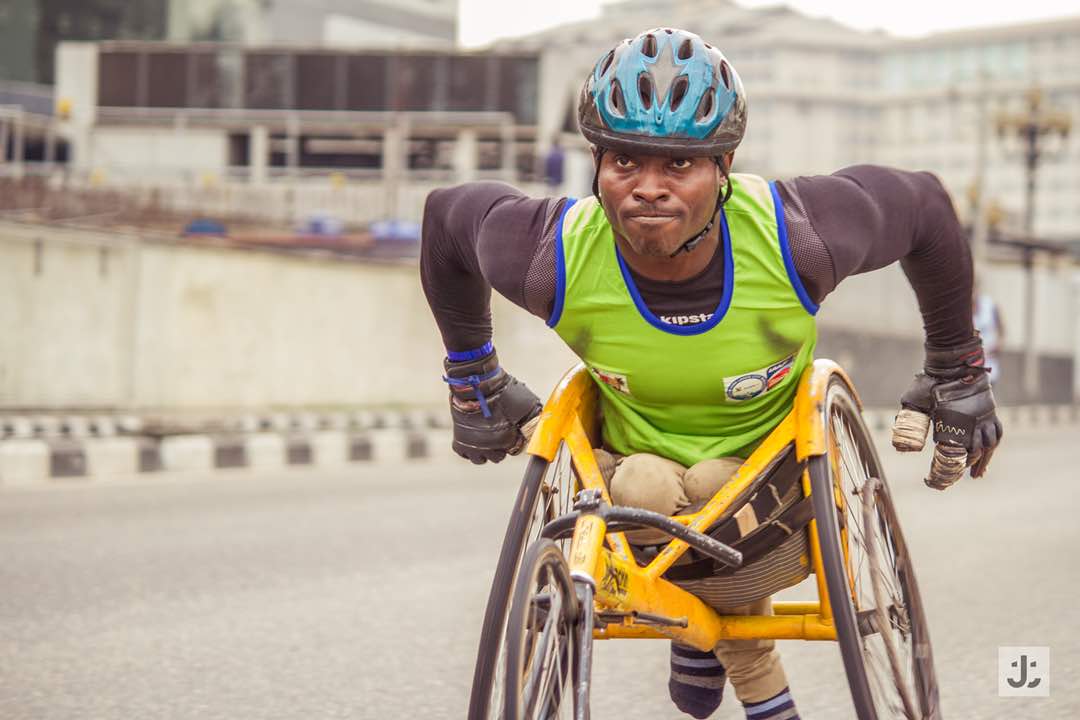 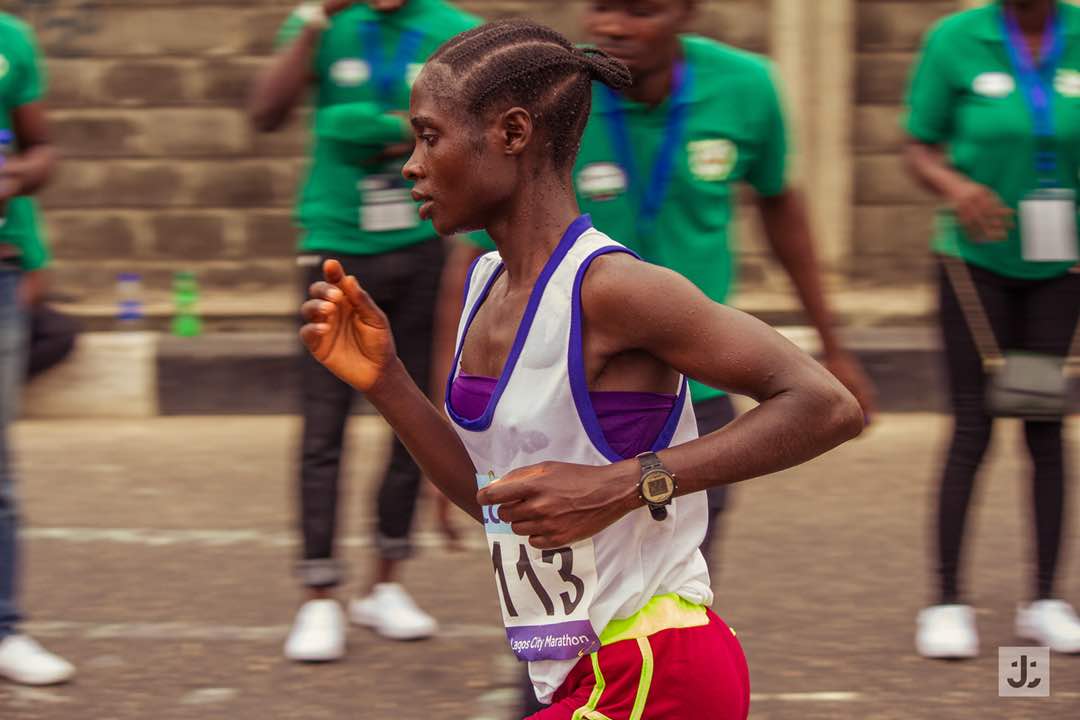 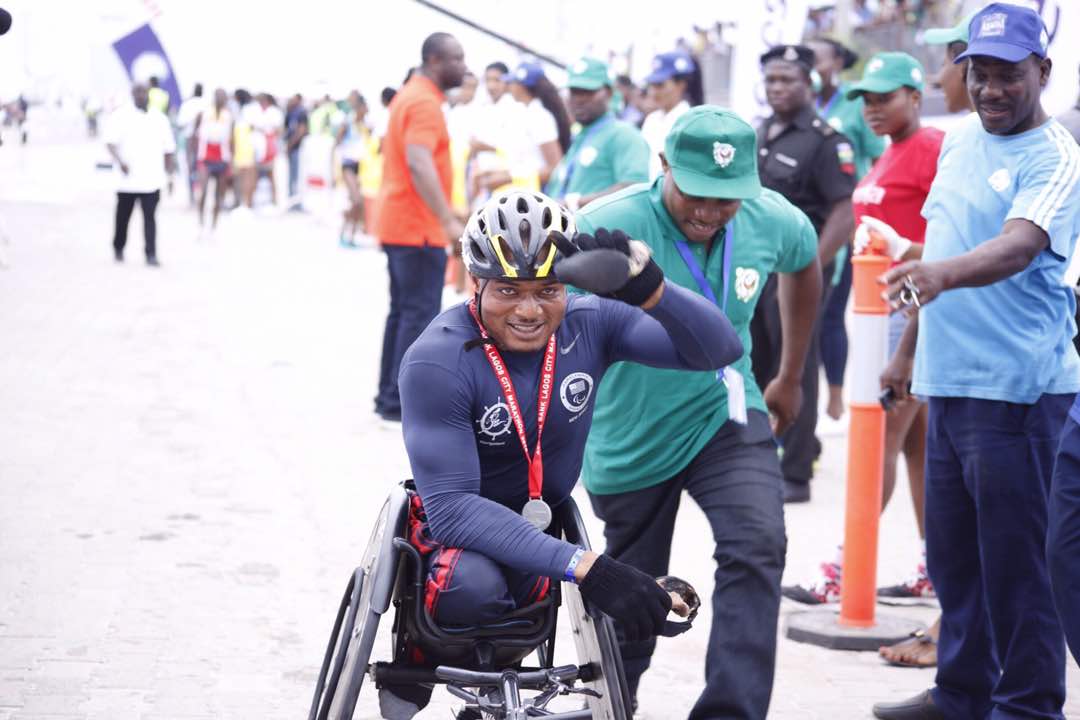