It’s no news that Arya Stark has a vendetta against people who have wronged her in the past. She recites the names of these people before she goes to sleep every night. It’s also no news that she has gone through ‘hell’, danced with a first sword of Braavos, served the many-faced god and learnt how to be a badass assassin in her quest for this vengeance. We can dare say that all the lessons have paid off – evidenced by the way she killed Walder Frey and his spawn, and her ‘spar’ with Brienne of Tarth. 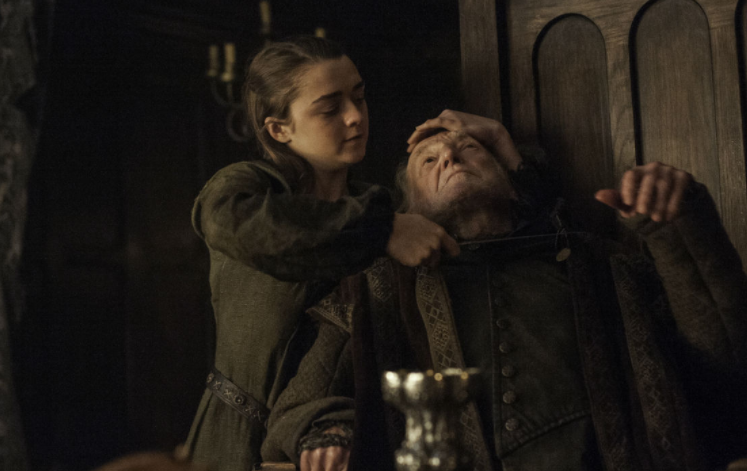 Some names on her original kill list are no more – killed by her, and others (unfortunately). These include Joffery Baratheon, Tywin Lannister, Walder Frey, Polliver, Meryn Trant and Rorge (he wasn’t on her list actually, because she didn’t know his name. But she killed him anyway). Now, let’s take a look at the remaining names, and why they are targets for Aryassination (we’re sorry). 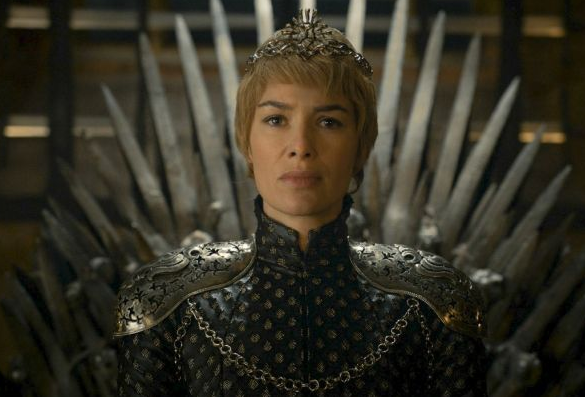 Cersei has been Queen (as the king’s wife), Queen Regent (as the king’s mother) and Queen of the Seven Kingdoms during the course of the show. The genesis of Arya’s grouse with her is from when her direwolf Nymeria attacked Joffery, and Cersei ordered that it be killed. Fortunately, Arya had already sent Nymeria away so Cersei had Sansa’s direwolf – Lady killed in its stead. The major reason Arya wants her dead though, is because she falsely accused her father of treason and had him arrested, which led to his execution. 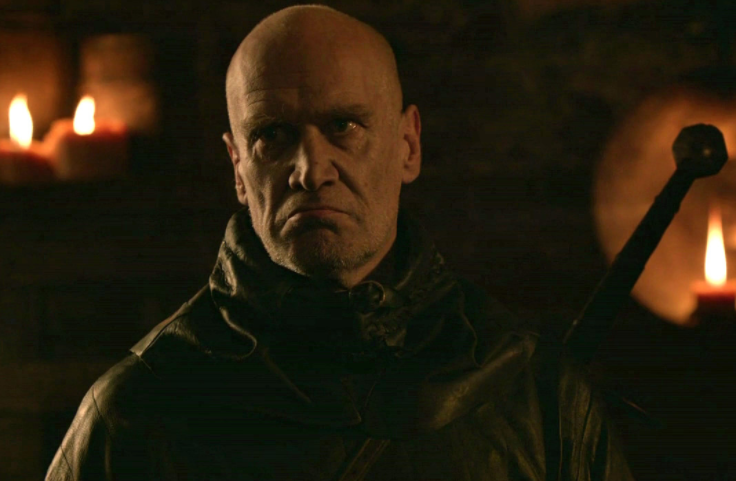 Ser Ilyn Payne had his tongue removed on the order of the Mad King for suggesting that Tywin Lannister, then Hand of the King and whom Ser Ilyn served as Captain of the Guards, was the true ruler of Westeros rather than King Aerys II. He served Robert Baratheon and his son Joffery as “the King’s Justice” – the royal executioner. He was last seen at the Battle of the Blackwater – he was supposed to kill all of the ladies if Stannis’ army made it that far.

Melisandre aka the Red Woman, is a Priestess in the religion of R’hllor, the Lord of Light, and was a close counselor to Stannis Baratheon in his campaign to take the Iron Throne. 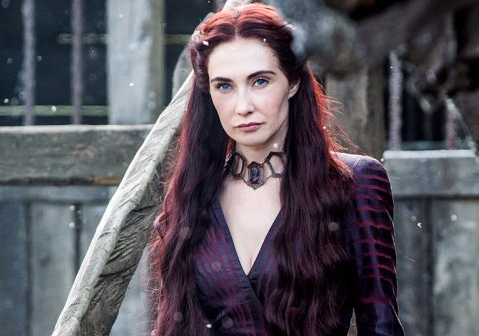 Arya wants to kill her for taking Gendry (Robert Baratheon’s last known bastard and her friend) away from the Brotherhood without Banners. 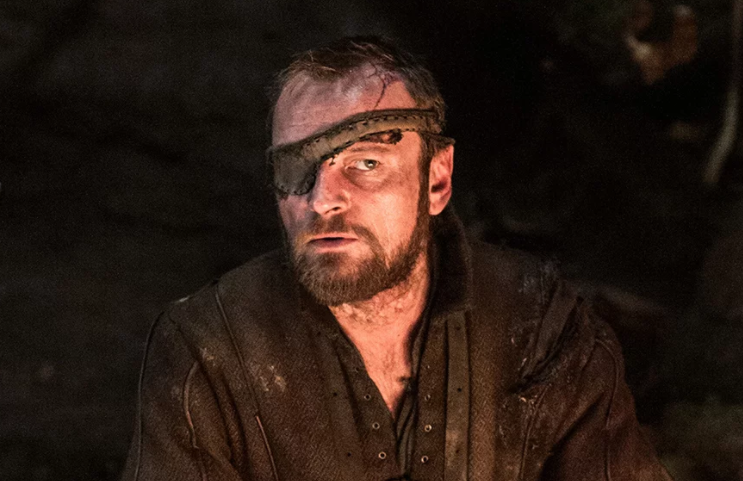 Beric Dondarrion is the Lord of Blackhaven and the head of House Dondarrion. Initially sent out by Eddard Stark to lead a party of men to apprehend Ser Gregor Clegane for atrocities committed against the people of the Riverlands, he and his men then rallied deserters from different armies in the war, as well as commoners trying to defend their homes, to form a guerrilla resistance group known as the Brotherhood Without Banners, with Dondarrion as their leader. He is also famous for having been brought back to life several times by Thoros.

Arya wants him dead for selling Gendry to Melisandre and releasing The Hound. 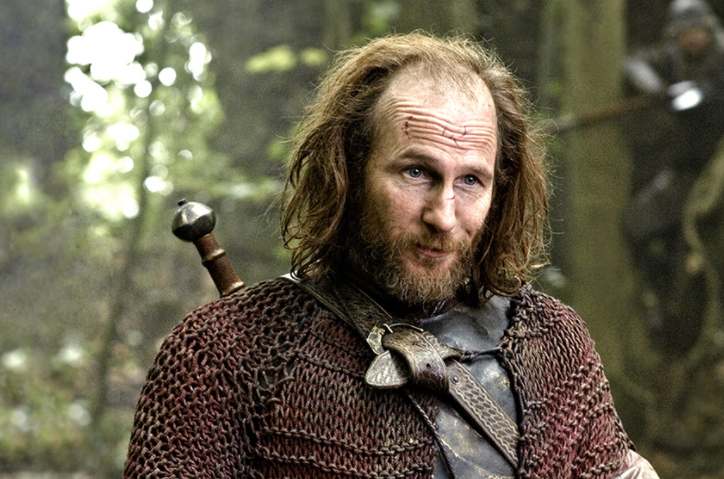 Thoros of Myr is a noted warrior and red priest of the Lord of Light. He was tasked by the High Priest to turn King Robert away from the Seven and convert him to the Lord of Light, but instead he became part of the court and a drinking and whoring companion of the king. On Ned Stark’s orders, he joined Beric Dondarrion to track down Gregor Clegane but after The Mountain ambushed them, the 40 men out of the 100 they had traveled with continued on as the Brotherhood Without Banners.

Arya wants him dead for selling Gendry to Melisandre/releasing The Hound, along with Beric Dondarrion. 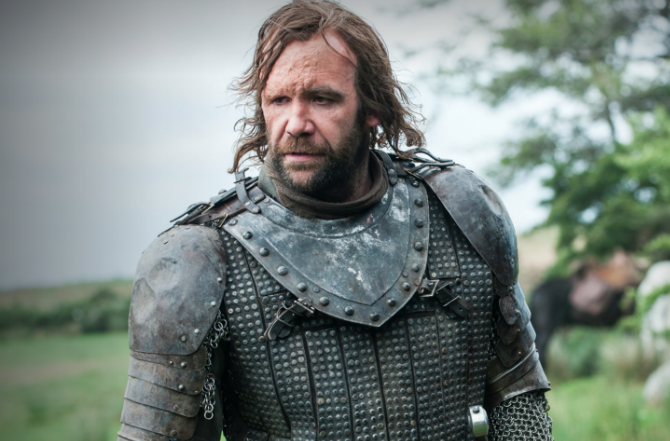 Sandor Clegane, nicknamed The Hound was the personal bodyguard (sworn shield) of Joffrey Baratheon. He is a skilled fighter, killer and one of the most feared men in Westeros. Once sworn to House Lannister, he left their service after the Battle of Blackwater, and has been on the road since. He has had a phobia for fire since his elder brother – The Mountain – burnt half his face when they were younger.

Arya wanted him dead for killing her friend Mycah, on Joffrey’s orders in Season One. ‘Wanted’ because after they journeyed together from Season 3 till 5, they sort of bonded, and after Brienne of Tarth defeated him in a duel, she left him for dead. 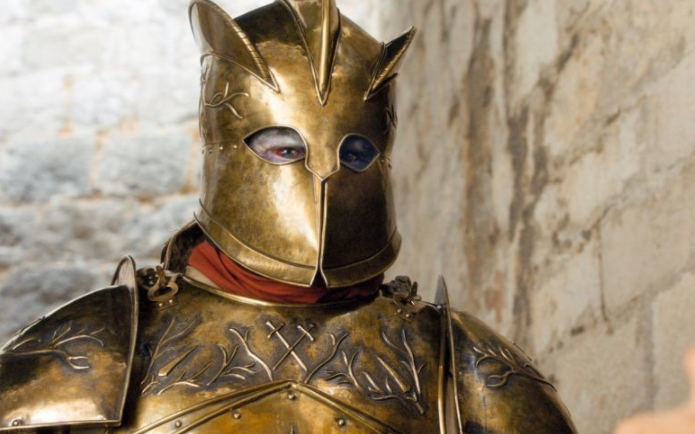 Ser Gregor Clegane is the older brother of Sandor Clegane, and a notoriously fearsome warrior, with a tendency toward extreme and at times excessive violence. He is called ‘The Mountain’ due to his freakishly huge size. During his trial by combat fight with Oberyn Martell, he was fatally wounded, just before smashing the Dornish Prince’s head to pieces. Qyburn – Queen Cersei’s hand resurrected him as Ser Robert Strong and he is her personal guard now.

Arya wants him dead for the torture at Harrenhal

More From: Game of Thrones