For centuries, women have been treated as second class citizens and especially ignored whenever it came to positions of power. However, this narrative has seen a turn in recent times, with principles of equality becoming more popular.

Before calls for equality became welcome, several women in history have against all odds gotten elected as heads of state and governments.

Below are the first 10 women to be elected to lead countries.

Sirimavo Bandaranaike, was a Sri Lankan stateswoman and the world’s first female prime minister, She became Prime Minister of Sri Lanka in 1960 and served three terms: 1960–1965, 1970–1977 and 1994–2000. Following her husband’s assassination in 1959, Bandaranaike entered politics, becoming Chairwoman of the Sri Lanka Freedom Party; she led the party to landslide victory in the July 1960 election. She did well to balance east–west interests and maintain neutrality. She worked to maintain good relationships with both India and Russia, while keeping ties to British interests through the export of tea and supporting links with the World Bank. She Condemned South Africa’s apartheid policy and appointed ambassadors to and sought relationships with other African nations.

Indira Priyadarshini Gandhi was an Indian politician and a central figure of the Indian National Congress. She was the first and, to date, only female Prime Minister of India. She served as prime minister from January 1966 to March 1977 and again from January 1980 until her assassination in October 1984, making her the second longest-serving Indian prime minister after her father, Jawaharlal Nehru who was the first prime minister of India. In 1999, Indira Gandhi was named “Woman of the Millennium” in an online poll organised by the BBC. In 2020 Gandhi was named by the Time magazine among the world’s 100 powerful women who defined the last century. 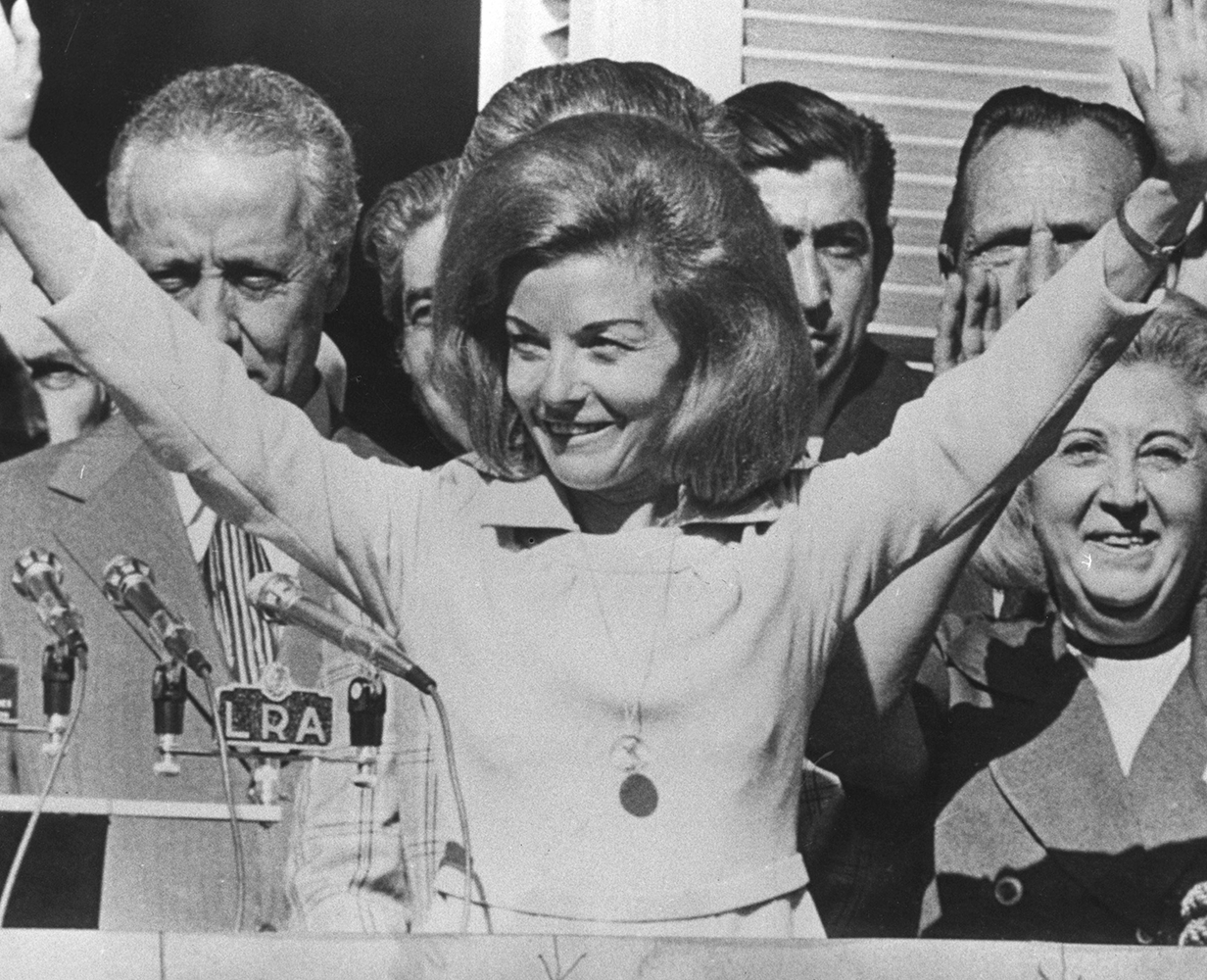 María Estela Martínez Cartas de Perón, better known as Isabel Martínez de Perón is an Argentine politician who served as President of Argentina from 1974 to 1976. Isabel was the third wife of President Juan Domingo Perón and during his third term as president from 1973 to 1974, she served as both vice president and First Lady. Following her husband’s death in office in 1974, Isabel served as president of Argentina from 1 July 1974 to 24 March 1976 becoming the first woman to have had the title. During her rule,  the military took over the government and placed her under house arrest for five years, before exiling her to Spain in 1981.

Elisabeth Domitien was the first and to date only woman to hold the position of prime minister of the Central African Republic. She served from 1975 to 1976. During her time, she worked to strengthen the income and position of women as well as got many people out of jail after they were arrested without trial, among her other exploits.

Margaret Hilda Thatcher was a British stateswoman who served as prime minister of the United Kingdom from 1979 to 1990 and leader of the Conservative Party from 1975 to 1990. She was the longest-serving British prime minister of the 20th century and the first woman to hold that office. As Prime Minister, she implemented policies known as Thatcherism and promoted free-market policies, privatized state-owned companies, and helped Britain to a better economic future. Thatcher was nicknamed the “Iron Lady”, by a British journalist because of her uncompromising politics and leadership style.

Maria de Lourdes Ruivo da Silva de Matos Pintasilgo was a Portuguese chemical engineer and politician. She was the first and to date only woman to serve as Prime Minister of Portugal. Pintasilgo was sworn in as the Prime Minister of the Portuguese caretaker government on 1 August 1979 with the term of three months in office. During her time in office she pushed to modernize the out-dated social welfare system. She left her mark by making social security universal and improving health care, education, and labor legislation in Portugal.

Lidia Gueiler Tejada was the first female President of Bolivia, serving in an interim capacity from 1979 to 1980. She was Bolivia’s first female Head of State, and the second in the history of the Americas. As interim President, Gueiler was entrusted with the task of conducting new elections, which were held on 29 June 1980. Before the winners could take their parliamentary seats, however, she was overthrown in a bloody right-wing military coup by her cousin, General Luis García Meza Tejada. Gueiler then left the country, and lived in France until the fall of the dictatorship in 1982.

Dame Mary Eugenia Charles has a lot of firsts to her name. She was the first woman lawyer in Dominica as well as Dominica’s first, and to date only, female prime minister. She served as Prime Minister from 21 July 1980 until 14 June 1995. She served for the longest period of any Dominican prime minister, and was the world’s third longest-serving female Prime Minister, behind Indira Gandhi of India and Sirimavo Bandaranaike of Sri Lanka.

Vigdís Finnbogadóttir was one of the world’s first democratically elected female presidents. She served as the fourth President of Iceland from 1 August 1980 to 1 August 1996. Her sixteen years presidency also makes her the longest-serving elected female head of state of any country to date. Currently, she is a UNESCO Goodwill Ambassador, and a member of the Club of Madrid, an independent non-profit organization created to promote democracy and change in the international community.