Street food has always been an integral part of Nigerian culture and it basically refers to food or snacks that can be found on the streets, in corners, and mainly in traffic. Here we take a look at the top street foods in Nigeria 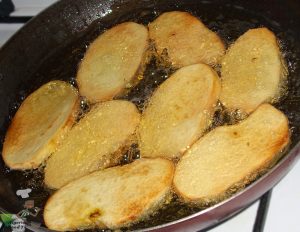 Fried yam is usually eaten with ‘ata dindin’ which is Yoruba for fried stew. It is made by frying yam in vegetable oil or first boiling the yam and then deep frying. The yam is sliced but not too small and is usually served in nylons lined by newspaper sheets. 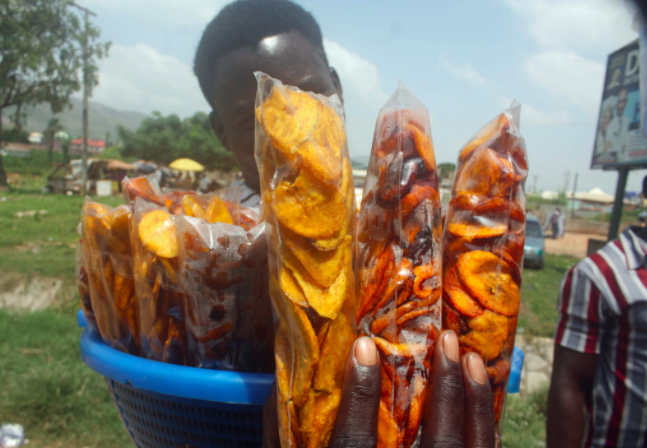 It is made using either ripe or unripe plantain. The unripe type is usually hard and less sweet than the ripe type which is usually soft. They are both made the same way which is by slicing the plantain into 4 vertical parts and deep frying. Various flavors can be added such as onion, pepper or ginger. It is served mostly in transparent nylons but some brands make use of more suitable packaging styles. 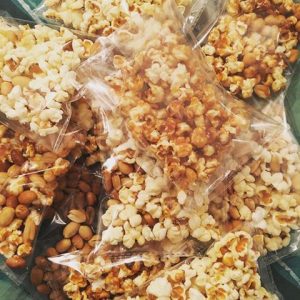 It is simply a combination of popped corn and groundnuts. The two have a distinct taste that compliments each other hence giving the sweet and crunchy taste that keeps the mouth busy for the duration of a journey or just for the fun of it. 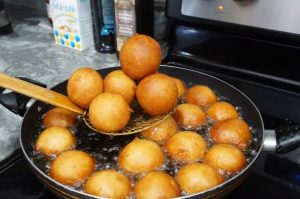 Puff Puff is made with flour, sugar and yeast. It is deep fried and sometimes pepper or ginger can be added. It can be found at almost every street corner and is critically acclaimed for its spongy, oily and sweet taste. 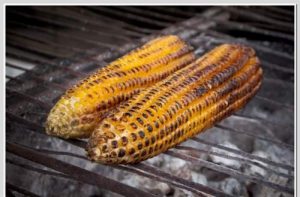 It is made simply using one ingredient and that is corn. The corn is stripped and roasted mostly using charcoal fire. It gives the mouth a lot to do as you have to chew a lot. It could be eaten alone or combined with native pear or coconut. Demand for it is very high during the rainy season, as people want to keep warm.

Bread and Akara is a combination that is mostly found early in the morning and it is popular among workers that have to leave the house very early. Bread is made by baking dough of flour and putting it an oven. Akara or bean cake is made from softened beans ground with pepper and onions. The mixture is then taken bit by bit with a large spoon and poured scoop by scoop into an oiled frying pan. 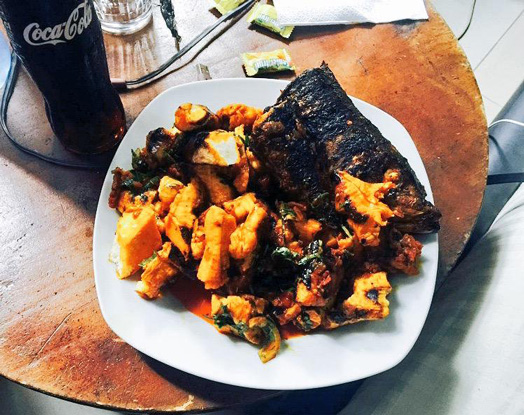 Bole which is basically roasted plantain is made by roasting peeled plantain on charcoal fire. The plantain is roasted whole, not sliced or diced as is done with dodo or plantain chips. Depending on location, Bole is usually served with Groundnut or Fish. In the South South part of Nigeria, Bole and Fish with peppery oil sauce is hugely popular, while in the South West, Bole is consumed with groundnut. It is arguably one of the most popular street foods in Nigeria and enjoys patronage from all classes of people. 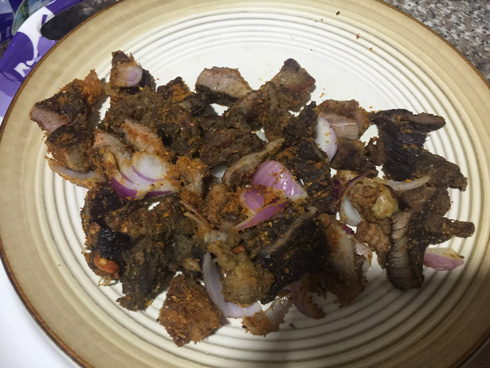 Suya is one of the main components of Nigerian night life as you can see a ‘mallams’ scorching roasting charcoal fire on majorly every street. It is said to have originated from the north hence its seemingly large production by only Hausa people. Beef is its primary ingredient but in some stalls, chicken, gizzard, kidney and liver are also found. It is made simply by spicing the meat and then grilling. When it is done it is served with pepper, onion, cabbage and sometimes cucumber. It is usually served in newspaper sheets. 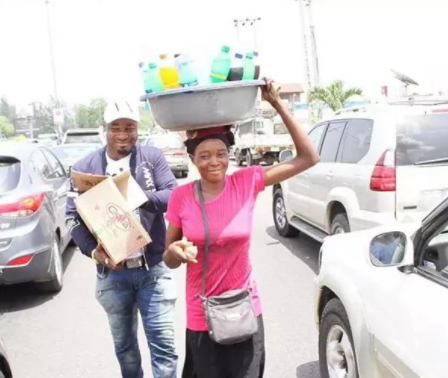 Gala is undoubtedly the most popular street food in the whole of Nigeria as retailers’ nationwide deal in its sale. Gala is basically a type of sausage roll by the brand named ‘Gala’. Found in traffic and on every street shop it is usually accompanied by Lacasera which is an apple drink. Gala is not the only sausage roll in the market these days with brands like Rite, Superbite and Bigi now popular, other drinks can also be used to wash down the famous snack since it is not exclusively tied to Lacasera.