I dropped my phone some time ago and the screen; while still intact, started deflecting commands. I sha couldn’t press phone until it was fixed and I asked what we did with our lives before these phones and accompanying applications. Rid of my phone, it was as if my life had come to a standstill — as I knew it.

Social media is aptly defined as: “…forms of media that allow users to interact with and publish to each other, generally by means of the internet.”

By virtue of huge technological advancement in the 21st century, innovations have been made that have since served as alternate means of communication/dissemination of information/publishing/conduction of business AND interaction. As such, a substantial part of our daily lives are influenced (controlled) by happenings on these media, regardless of one’s level of Luddism.  As with most things, there are facets to our social media; the human part of it all; the emotional part, specifically the ‘anger’ aspect of social media. Here are the ways of getting mad on these media:

Don’t read up on stuff.  Don’t even bother to stay informed. Just follow click-baiting links with unverified news sources (and stories with no actual quotes) and believe every line. Then feel sick to your stomach, and recruit people to join in your sickedness by tweeting/facebooking the link.

Just stay out of the know.

Is there something you can be enraged about? Find it. Highlight it. Take it out of context and tweet, preferably with big, big grammar. 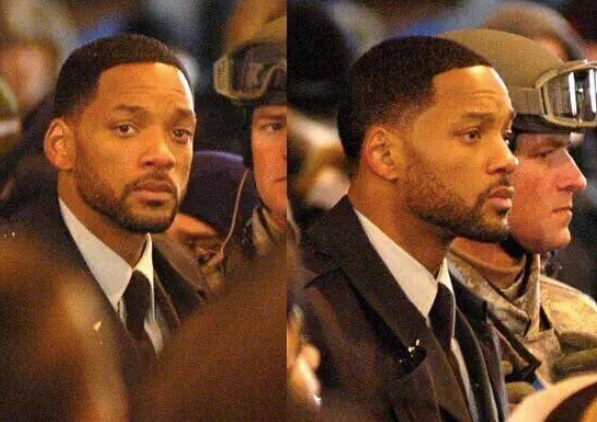 As assorted as this sounds, it is not a medical condition. It is a way of unlooking pertinent stuff that could disprove your angst-filled narrative

It could also mean you have a particular stance on an issue but can’t voice it because you’re afraid of victimization.

To maintain your social media profile of an educated fellow full of conviviality, when someone destructively critiques your work/view/stance and insults your person to boot, just laugh it off (LOL) and give a civil response – ending the retort with; “…well, its only your opinion and we agree to disagree”.

Deep down, in private, you’re simmering and you know you want to decapitate a motherfucker.

Find a social media personality you use as a barometer of correctitude AT ALL TIMES and align yourself with that fellow’s train of thoughts. Because, ermm, well, because that fellow comes across as an educated and reasonable person, so that when your opinion and that of that fellow differs, you shut yours down, keep mum and echo the sentiments of that fellow.

Because, um, well…because you’re uneducated yourself.

In fairness to point 5, some people are freakishly conversant with everything. Do not appreciate that.

Espouse the essence of the tweet/post with the most clicks/shares/Retweets/Likes … because, well, because it’s the popular opinion. Be afraid of examining a trend because you don’t want to acknowledge that the popular opinion might be the wrong opinion. Listen to that girl that says on Nairaland that she can’t cook for her boyfriend because she’s not yet his wife. Take such advice and remain blind to the fact that she wrote that post while sweating in the aforementioned boyfriend’s kitchen – waiting for the yam to boil so she can pound …

As a boy ba? Tell yourself you must make a move on a new girl that comes into your room JUST because you read on Twitter that bad, sharp guys score all the time. Do not consider it in your calculations that even the greatest one of us, Mr. Barney Stinson, didn’t score all the time.

View Instagram photos of a secondary school mate eating Lobsters and drinking Chardonnay in an expensive restaurant somewhere in America, try to load the next photo and get a text that your 10MB daily data plan has finished. Then put down your phone, add some more groundnut and cry into your cup of Garri.

… and by some distance, the best way to get mad on social media is to LET THE WORLD DEFINE EVERYTHING FOR YOU. Just because another half-naked Rihanna picture is captioned by GQ as “Rihanna looking STYLISH as she poses braless in a sheer gown for a photoshoot with …” doesn’t mean it’s ‘stylish’ (I love those photos by the way). Ask yourself, is this stylish? I’m sure you get the drift.

This one should have been titled “give irrational credence to every post you find on the Internet”, but since ’11’ was supposed to be ‘The Last’ we had to change it.

Basically, what it means is if at this point, you’re thinking of changing your Social Media ways by virtue of my admonishments in this post (without further scrutiny), we have both wasted each other’s time and I am so terribly sorry for that.