Sango. Amadioha. Jinn. Bush Baby. Mami Water. And so on and so forth. These words may be meaningless to foreigners, but to Nigerians, their significance cannot be overemphasized. They are the gods, myths, stories that formed our folklore and made our childhood ‘lit’ or ‘scary’ – depending on who was telling and what the myth was about. They are our own versions of Thor, Poseidon, Zeus, etc. And while these foreign myths have been turned to blockbuster movies, our own Nigerian Mythology have not been told commercially.

So, here, we list 10 stories that could easily become bestselling books and blockbuster movies. Writers/movie makers, you’re welcome to create … 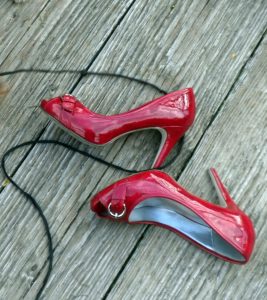 The origin of this story is unknown but it is known far and wide in Nigeria. Her tales are told mostly in boarding schools – from senior students to the junior ones the fear of the shoe sounding ‘koin koin’ is passed down. There are different variations of the myth but the most popular one is that of the beautiful secondary school teacher who wore red high heels to class. It is said that she was a wicked teacher and was held in high contempt by her students who in turn sort for her dismissal. They held protests and one night burnt her house down – without knowing that her child was inside. She ran to get him out and lost her shoe in the process. She lost her son that night and swore to haunt the school forever. It is also a wide belief that the story was told to boarders so they will not wander out late at night. The story has the makings of a movie industry hit. 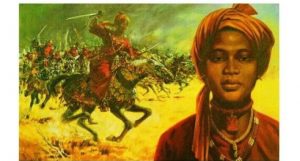 In the 1600’s there was a Hausa warrior Queen of Zazzau which is now modern day Zaria. Her stories have a lot of variations but common to all the stories is her tales of being a fierce warrior. As an adult it is said she refused to marry for the fear of losing power. She is said to have helped Zaria become a center of trade. She is a renowned conqueror and is said to have taken a lover from among the conquered after each battle and castrated him in the morning or night after. 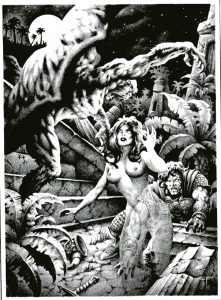 The Queen of the coast is a Nigerian myth that revolves around various water spirits and mermaids that rule the seas. The queen is said to rule the marine kingdom and hold sway over male life forms. She entraps men on the surface world and leads them to the sea so they can become either slaves or sacrifices. The main agents of the Queen are mermaids popularly known as ‘Mami Water’ and they use lust as their main power of control of man. They are said to be very beautiful with long flowing hair. 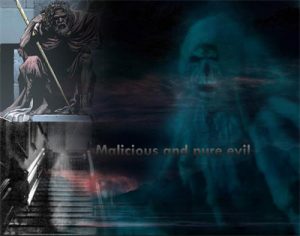 The jinn do not only exist in northern Nigerian myth but also in Islam. They are beings created with free will living on earth in a universe that is parallel to ours. The existence of the Jinn is stated in the Holy Qur’an. They have the powers of invisibility and flight, they are said to possess magical powers that align with the practice of voodoo and witchcraft. They are said to be fortune tellers and are a main adversary to northerners in Nigeria and majorly muslims. 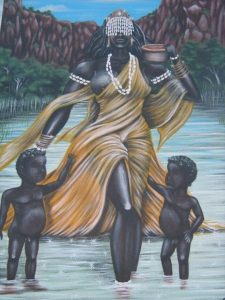 Osun also spelled as Oshun is an Orisha in the Yoruba Kingdom and represents one of the manifestations of God in Ifa. She is the goddess of beauty, love, fertility and sweet waters. She is basically the goddess of love and she governs the rivers. She holds her place in various myths but the most popular is as the wife of Sango (the god of thunder). She has a festival in her name by her followers in Oshogbo, Osun state as she is seen as their protector. Apart from western Nigeria she is also worshipped in Cuba and Brazil. French-Cuban musical duo Ibeyi and superstar Beyonce have made references to the goddess in their songs and visuals. 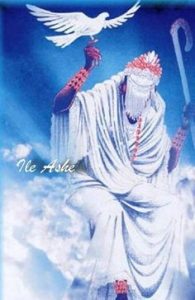 Obatala is called the creator of earth and the sculptor of mankind. He is said to have been given his powers and the job by his father, Olodumare, the supreme God in Yoruba mythology. Olodumare is said to have sent Obatala to Earth with a chicken and some dirt at the beginning of time when there was nothing but water. He put the dirt in the middle of the water and the chicken on top and in time the chicken scattered the dirt to various parts of the earth and it took shape. He is said to have formed human out of clay. Obatala is said to possess high levels of wisdom and his myth revolves around peace and harmony. 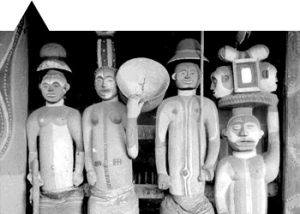 Odinani is a collection of the traditional religious practices and cultural beliefs of the Igbo people. The mythology stretches across a lot of figures all governed by one single God referred to as ‘Chi-ukwu’ or ‘Chukwu’. Chukwu is said to govern lesser divinities known as Alusi that consists of deities such as Ala that represents the earth, Amadioha that represents thunder and lightning, and others such as Igwe, Ekwensu, Ikenga, Agwu Nsi. The Odinani also have legendary creatures such as Mmuo, Ogu na Ofo, Ogbanje and others.  The Odinani has the content and the characters enough to form a story that can run for decades and produce major blockbusters. 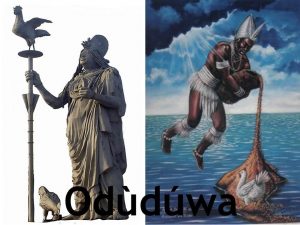 Oduduwa is widely referred to as the father of the Yoruba kingdom and he is the first Orisha to use the chain known as Ewon to travel from Heaven to Earth. Oduduwa is said to have been sent to the Earth to complete Obatala’s task of creating the earth since Esu (the trickster) tricked Obatala into getting drunk and not completing the task. He is said to represent omnipotency. Nearing the end of his time on earth, his children are said to have scattered across the regions of the Yoruba land and hence the individual Yoruba kingdoms were formed. 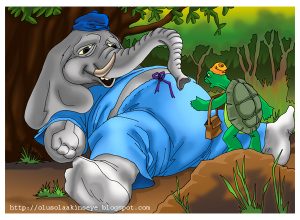 The stories of the tortoise are arguably the broadest set of stories in western Nigeria and maybe even the whole of Nigeria. It is so popular that some of the stories are included in school syllabuses as part of literature. All his stories have one common denominator and that is his cunningness and high levels of mischief. He is known to be one of the smartest beings in Nigerian folklore, and is hardly ever on the good side, only just his side. He is said to have tricked almost all beings in folklore and only a collective of his enemies have been known to defeat him. He is often referred to as Mbe (Igbo) and Ijapa (Yoruba) – Ijapa ti roko oko Yannibo, Yannibo being his wife. A whole TV series could be made based on the Tortoise’s tales and there would still be enough material for other stories

Sango is arguably the most powerful member of the Orisha in terms of raw strength and destructive ability. He was initially a man who was the third Alafin (king) of the Oyo kingdom and is said to have brought prosperity to the kingdom. He was a powerful and violent ruler whose powers were bestowed upon him by a babalawo (herbalist) when he sought more power to destroy his enemies. He gained the powers to control lightning and was subsequently possessed by the spirit of lightning marking his ascendance into Orisha level. He was married to three wives, Oba, Oya (Orisha of the wind and rain) who discovered the secret to his power and subsequently fought by his side, and Osun (Orisha beauty, love, fertility and sweet waters). Oya created a rift between Sango and his top generals causing Sango to become furious and in his fury he conjured uncontrollable lightning that destroyed his palace leading to his demise. Apparently he didn’t die – he simply vanished into the sky.

A movie about Sango will definitely give Thor a run for his money. Don’t you think?

So, here. Imagine all the blockbuster movies/shows that could be spun from these stories we grew up on. Hopefully someone starts developing these stories.