Whenever famous inventors are listed, names such as Thomas Edison, James Watt, Wright brothers, etc, are mentioned, but rarely do you see the names like Dr. Shirley Ann Jackson and Grace Hopper in such lists. Despite the fact that some of the most pioneering and impactful inventions have come from women, the world doesn’t seem to give them ample recognition. Female inventors deserve to be celebrated, and their works, lauded just as the men.

Grace Brewster Murray Hopper was an American computer scientist and United States Navy rear admiral. She joined the Harvard Mark I team in 1944 and was one of the first programmers of the Havard Mark I computer. Hopper was a pioneer of computer programming and invented one of the first linkers. She popularized the idea of machine-independent programming languages, which led to the development of COBOL, an early high-level programming language still in use today. She also coined the terms “bug” and “debugging” when she had to remove moths from her computer.

Stephanie Louise Kwolek was an American chemist who is known for inventing Kevlar, a material that has been used in bicycle tyres, racing sails, body armour, frying pans, armored cars, musical instruments and building construction. For her discovery, Kwolek was awarded the DuPont company’s Lavoisier Medal for outstanding technical achievement. As of August 2019, she was the only female employee to have received that honor. In 1995 she became the fourth woman to be added to the National Inventors Hall of Fame.

Dr. Shirley Ann Jackson, is regarded as the source of everything telecommunication. Jackson was the first African-American woman to have earned a doctorate at the Massachusetts Institute of Technology. She joined the Theoretical Physics Research Department at AT&T Bell Laboratories in 1976, examining the fundamental properties of various materials. During her time at Bell Laboratories, she conducted scientific research which opened doors for the invention of  the portable fax, touch tone telephone, solar cells, fibre optic cables, and the technology behind caller ID and call waiting.

Rosalind Elsie Franklin was an English chemist and X-ray crystallographer whose work was central to the understanding of the molecular structures of DNA, RNA, viruses, coal, and graphite. Franklin is best known for her work on the X-ray diffraction images of DNA, particularly Photo 51, while at King’s College London, which led to the discovery of the DNA double helix. James Watson, Francis Crick and Maurice Wilkins eventually  took credit for the discovery and shared the Nobel Prize in Physiology or Medicine in 1962. Her contributions to the discovery of the structure of DNA have been largely recognised posthumously. 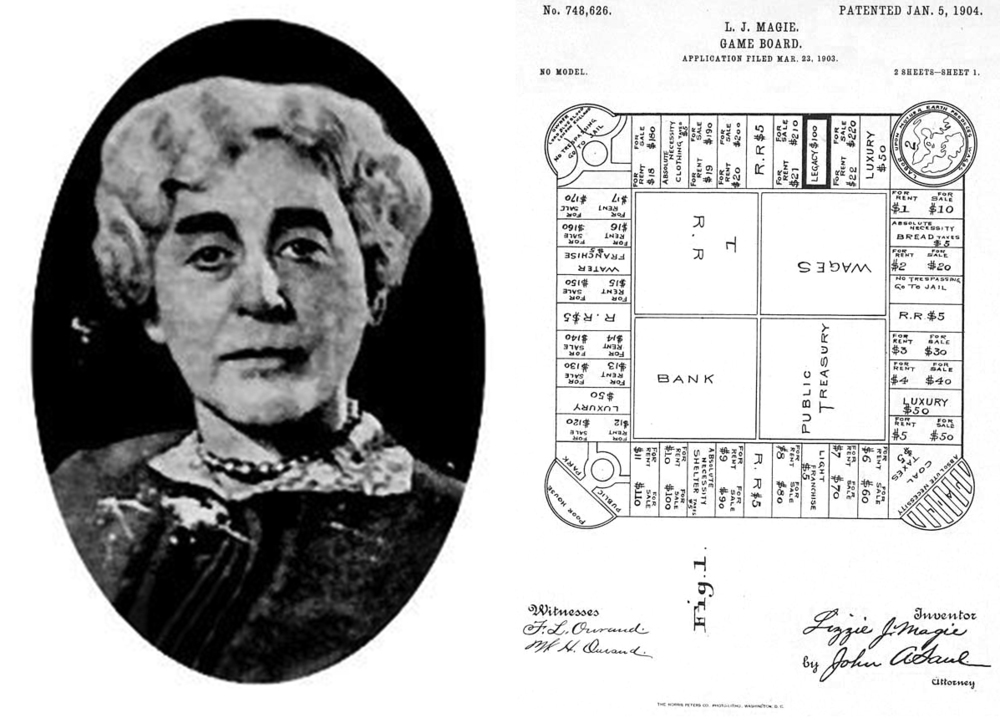 Charles Darrow is often credited with the creation of Monopoly, b ut the rules were in fact designed by Elizabeth Maggie,  an American game designer, writer, feminist, abolitionist, and Georgist. Maggie invented The Landlord’s Game in 1904, the precursor to Monopoly, to illustrate teachings of the progressive era economist Henry George. 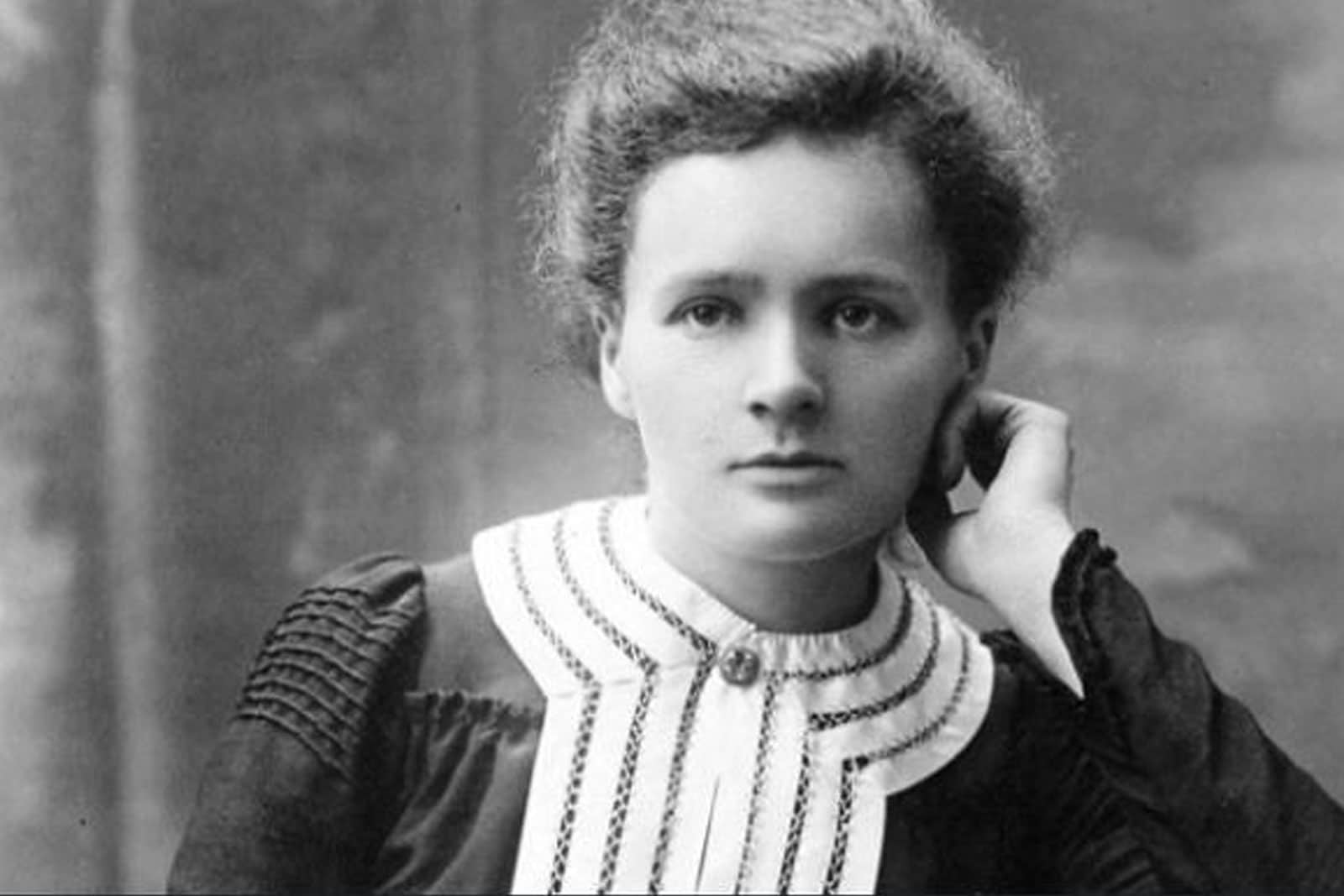 Marie Skłodowska Curie was a  physicist and chemist who conducted pioneering research on radioactivity.  She was the first woman to win a Nobel Prize, the first person and the only woman to win the Nobel Prize twice, and the only person to win the Nobel Prize in two scientific fields. Her achievements include the development of the theory of “radioactivity” (a term she coined), techniques for isolating radioactive isotopes, and the discovery of two elements, polonium and radium. Under her direction, the world’s first studies were conducted into the treatment of neoplasms using radioactive isotopes. During World War I she developed mobile radiography units to provide X-ray services to field hospitals.

Nancy Maria Donaldson Johnson invented the hand-cranked ice-cream maker and was awarded the first US patent in 1843. Before Nancy’s invention, ice cream was made using very intensive labor and it often took one individual hour to make. Nancy Johnson essentially provided another way to make ice cream faster and easier than by hand.After Nancy’s invention became public, many stores and shops opened up to the idea of selling ice cream to people of all classes, as the process to make ice cream became easier and cheaper.

Ann Tsukamoto is an inventor, scientist and stem cell researcher. In 1991, Tsukamoto and her colleagues became the first researchers to identify and isolate blood-forming stem cells. As a result of her research bone marrow transplants have saved the lives of thousands of people battling blood cancer. She has since devoted her life to researching and developing stem cell medicines and continues to work to save lives as the Executive Vice President of Scientific and Strategic Alliances at StemCells Inc.

Maria E. Beasley was an entrepreneur and inventor. She is best known for her barrel-making machines and her improvements to the life raft, making it “fire-proof, compact, safe and readily launched.” Beasley’s life raft played a critical role in the sinking of The Titanic, helping 706 men, women, and children survive and be kept safe until help arrived. Before her death, she also held fifteen different patents in the United States and two in Great Britain.

Mary Elizabeth Anderson was an American real estate developer, rancher, viticulturist and inventor of the windshield wiper blade.In a visit to New York City in the winter of 1903, in a trolley car on a frosty day, Anderson observed that a trolley car driver struggled to see past the windows because of the falling sleet. When she returned to Alabama she hired a designer for a hand-operated device to keep a windshield clear and had a local company produce a working model.