South Africa, Egypt and Morocco dominate this list with banks such as Absa, Banque Misr and Attijariwafa. These major African financial institutions have continuously set the standards for banking on the continent, rivaling even those from the rest of the world.

See complete list of the ten biggest commercial banks in Africa by assets below.

National Bank of Egypt is a bank founded in Egypt in June 1898, and is the country’s largest bank in terms of assets, deposits, loans, bank-capital, number of total branches, and employees. NBE has 338 branches within the country, as of 2007, the National Bank of Egypt accounted for 23% of the Egyptian banking system’s total assets, 25% of total deposits and 25% of total loans and advances. NBE also accounts for 74% of the credit card market and 40% of the debit cards in Egypt.

Absa Bank Limited (ABL), formerly known as Amalgamated Banks of South Africa, is a commercial bank in South Africa and a subsidiary of Absa Group Limited. The bank’s headquarters are located on the 7th Floor of Absa Towers West, 15 Troye Street, Johannesburg, South Africa. Absa Bank Limited is one of the largest commercial banks in South Africa. As of 31 December 2018, the bank’s total assets were ZAR:1,289,000,000,000 (US$73,691,500,000) Absa Group as a whole has presence in 12 countries across the continent and around 42 000 employees.

Nedbank Group is a financial services group headquartered in Johannesburg South Africa Nedbank’s primary market is South Africa, but also operates through subsidiaries and banks in Eswatini, Lesotho, Malawi, Mozambique, Namibia and Zimbabwe, as well as offices in Angola and Kenya. Outside Africa, Nedbank has offices to provide international financial services for Africa-based clients in Guernsey, Isle of Man, Jersey, the United Kingdom and the United Arab Emirates. In 2014, Nedbank acquired an associate stake of 20% in Ecobank. The Nedbank-Ecobank Alliance is the largest banking network in Africa, with more than 2,000 branches in 39 countries.

Attijariwafa Bank is a Moroccan multinational commercial bank and financial services company founded and based in Rabat, Morocco. It is the top in Morocco and exists as part of king Mohammed VI’s holding company the SNI. The bank maintains offices in Paris, Brussels, Madrid, Barcelona, Milan, Shanghai, The Netherlands, Tunisia, Senegal, Ghana, Mauritania and Mali.

Banque Misr is an Egyptian bank founded in 1920 and nationalized by the government of the United Arab Republic in 1960. The bank has branch offices in all of Egypt’s governorates, and currency exchange and work permit offices for foreign workers in Egypt. 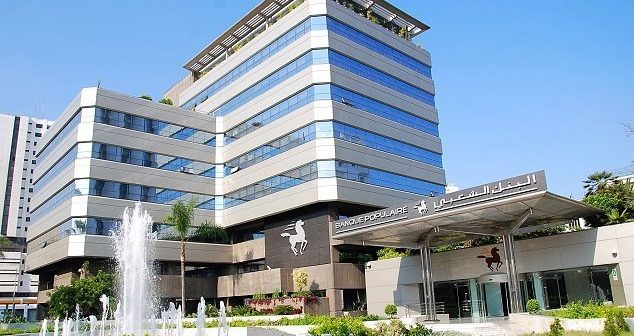 La Banque Centrale Populaire is a major bank in Morocco that as of 2012, had 27.9% market share of customer deposits in the country. The bank maintains overseas offices in Germany, England, Canada, Spain, France, Gibraltar, Netherlands and Belgium.

Investec is an international banking and wealth management group. It provides a range of financial products and services to a client base in Europe, Southern Africa, and Asia-Pacific. Investec employs approximately 8,300 people worldwide and operates primarily in South Africa, the United Kingdom, Australia and Ireland. It also has banking operations in Switzerland, Mauritius, Guernsey, Hong Kong, India, Jersey, and the United States.

The Moroccan Bank of Foreign Commerce, or BMCE Bank is a large commercial bank in Morocco that operates over 697 branches in Morocco alone, and 560 branches in the rest of the african continent. BMCE has offices in international Country in Europe, Asia, France, Spain, United Kingdom, China, Italy, Germany, UAE, Belgium, Canada and Netherlands